Nearly half of Americans still unsure about popular vaccine misinformation 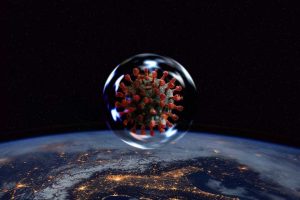 People who think they know a lot about COVID-19 vaccines are more likely to hold vaccine misperceptions, according to a new survey from a nationwide coalition of university-based researchers.

In the survey by the COVID States Project, researchers examined the shifts in vaccine misperceptions across different groups over time. Americans were asked to mark four popular vaccine misinformation claims as true, false or “not sure.” The false statements included that COVID-19 vaccines alter people’s DNA, contain microchips that can track people, contain lung tissue from aborted fetuses and can cause infertility.

While these claims have been proven false and researchers have observed a decline in misinformation beliefs since January 2021, 16 percent of Americans still think one or more false vaccine statements are factual. Almost a year after the start of vaccine rollout, 46 percent are unsure whether at least one of the claims was true.

“Over time, we see some social groups become less prone to endorsing vaccine misperceptions, but it is striking how much this shift depends on socioeconomic status,” said lead author Katherine Ognyanova, an associate professor of communication at Rutgers’ School of Communication and Information who is part of a coalition of researchers from Rutgers-New Brunswick, Northeastern, Harvard and Northwestern universities. “People with high income and graduate degrees register huge drops in believing false vaccine claims, while Americans in the lowest income and education categories see almost no change. This data helps us understand where we may need more resources to combat misperceptions and facilitate vaccination.”

Researchers found 23 percent of parents hold at least one vaccine misperception, compared to 14 percent for non-parents. This pattern is more pronounced among younger fathers and mothers. About 32 percent of fathers under age 35 and 26 percent of mothers in the same age group identify some misinformation claims as true.

One-third of people who believe false vaccine claims know that scientific and medical experts reject those claims. Twenty-one percent of Americans are aware that science considers a particular claim to be false, but still say they are not sure whether to believe it.

Overall, the survey found people ages 25 to 44, parents with children under 18, Americans who did not go to college and Republicans are most likely to hold vaccine misperceptions, with more than 20 percent of the respondents in each group marking at least one misinformation statement as true.

The COVID States Project is a joint project of the School of Communication and Information at Rutgers University-New Brunswick, the Network Science Institute of Northeastern University, the Shorenstein Center on Media, Politics and Public Policy of Harvard University, Harvard Medical School and the Department of Political Science and Institute for Policy Research at Northwestern University.