Next-gen IT infrastructure: A nervous system backed by analytics and context 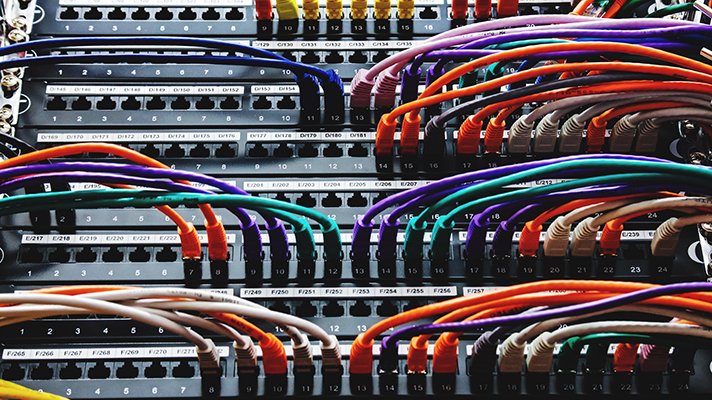 Infrastructure is the bedrock of health IT. Without it, nothing electronic would get done. While infrastructure takes various forms, it all is evolving to meet the changing needs of the technologies that rest on top of it.

The next generation of infrastructure will include new features and functions ranging from completely evolved networks to enhanced analytics to distributed database offerings, health IT experts say.

“The old network was like the circulatory system, pumping blood to and away from the heart using a series of pipes,” said Barbara Casey, director of healthcare and life sciences at networking giant Cisco Systems. “The next-generation network will work more like the nervous system, taking in sensory information, learning from it and changing its behavior based on its sensory environment.”

A number of the same cutting-edge technologies hospitals are encountering in other parts of the IT ecosystem will find a home in the infrastructure pieces as well, notably enhanced and automated analytics, application programming interfaces, distributed databases and, of course, blockchain.

Another important next-gen infrastructure component will be enhanced data analytics, which still can be a very daunting task for healthcare organizations, especially as mobile devices multiply and continue to add data to the network, Casey said.

“The next-generation data analytics software will give you automated 360-degree contextual insights across users, devices and applications in real time,” she said. “This type of real-time and historical data analytics will enable an organization to learn, adapt and even detect problems before they happen.

Casey added that a good analytics tool will have a single user interface that makes it easy to troubleshoot problems on the network, it will collect data in real time from devices, users and applications across the enterprise, and will monitor the network for trends that may impact performance while revealing how an organization can improve its operations.”

Automated analytics software, meanwhile, will work closely with its network, acting like the nervous system in the body that constantly takes in sensory information, learns from that information and finds better ways to interact with its environment, she said. The software will recognize patterns of work, improve upon those patterns and do it all without hindering workflows, she added.

"[Blockchain] would permit healthcare to move away from using replicated data as the basis for interoperability."

With regard to Wi-Fi and network infrastructure, open, published APIs allowing access to the infrastructure at the point of connectivity will be key, said Bob Kennedy, senior vice president of sales at AiRISTA Flow, which makes identification and track & trace systems using passive, active and semi-active RFID, Wi-Fi RTLS, GPS and other technologies.

On another front, distributed database offerings from vendors like Microsoft, Google and AWS will have a part to play, said Brian Murphy, an analyst with Chilmark Research, a healthcare IT research and consulting firm.

“Assuming they get buy-in from EHR vendors — which is a big ‘if’ — this would permit healthcare to move away from using replicated data as the basis for interoperability,” Murphy explained. “It would allow patient data to stay where it was created and permit anyone authorized to read it there, rather than doing extracts and consolidation at some central place – a health information exchange, an EHR network, etc.”

It also would let more different organizations access it, if authorized, he added. For this to succeed, EHR vendors and their healthcare organization clients would have to come to grips with the fact that they don’t own the data, he said.

Blockchain can be considered an infrastructure technology and will be a major disruptor in healthcare in the years ahead, said Jim McKinnon, president of Summit Healthcare, which offers an array of integration and automation tools for hospitals and vendors, such as bi-directional physician office orders and results integration, automation workflow technology, and data/table synchronization.

“We are in the midst of providing API access to patient data, while also undergoing constant security threats,” he said. “With medical records being a lucrative business in the underground, Blockchain could be the answer. I see those APIs needing to integrate some form of Blockchain in the not-too-distant future.”

"With medical records being a lucrative business in the underground, Blockchain could be the answer. I see those APIs needing to integrate some form of Blockchain in the not-too-distant future."

As advanced and automated analytics, APIs and even Blockchain gain a foothold in hospitals, particularly in combination with rapidly proliferating medical and mobile devices, the underlying architecture has the potential to become more context-aware and operate much like a learning system.

“Understanding the context of everything that is happening across all applications, users and devices, the network will be intuitive enough to learn, adapt and protect constantly, delivering faster innovation with actionable insights, lowering costs with network automation, and reducing risks with security everywhere,” Casey said. “In a new world of connected devices, this type of intuitive, transparent and automated system is key to keep up with a rapidly growing network.”