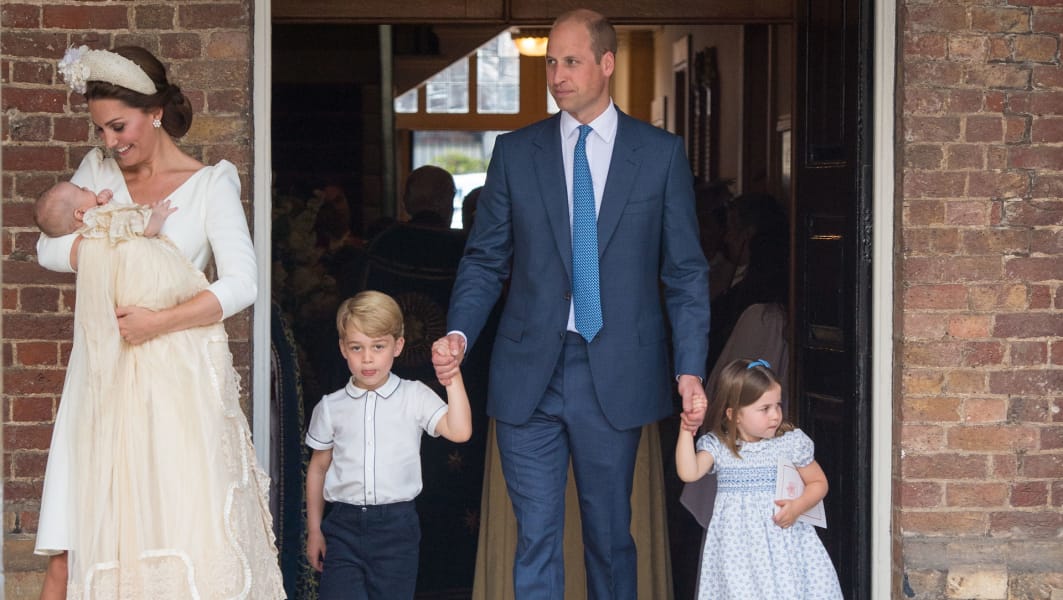 The royal family has been especially busy of late. First, there was the christening of Prince William and Duchess Catherine’s third child, Prince Louis, where the baby’s older siblings, Princess Charlotte and Prince George, stole the show as always with their ridiculous charm (and a pinch of royal sass).

Upon arrival at the christening, Princess Charlotte and Prince George greeted the gathered clergy like pros. Check out little Charlotte’s perfectly proper handshaking and eye contact:

Lest you think royal tots are pure perfection, though, allow us to share with you a peek of Charlotte a bit later in the day exiting her little brother’s baptism for a private afternoon tea with her family. She had a stern message for the photographers assembled outside the Royal Chapel at St. James’s Palace: "You’re not coming." Oh, yes, she did. The priceless moment was caught by the ITN network. There’s quite a bit of background noise, but if you listen closely, you’ll hear the young princess’s remark to the media around the 11-second mark. Cheeky monkey!

On Tuesday, George and Charlotte enjoyed the 100th birthday celebration of the Royal Air Force — which included a stunning flypast over Buckingham Palace. The queen, the Duke and Duchess of Cambridge, the Duke and Duchess of Sussex as well as other members of the family watched the aircraft from the balcony, while Princess Charlotte and Prince George could be seen peering through palace windows with their nanny. Princess Charlotte could also be seen, ahem, sticking out her tiny royal tongue at the crowds. We admit it, we are rather enjoying Charlotte’s decidedly un-princesslike antics, though we can imagine her parents sharing a late-night face-palm over their feisty middle child.

We can’t wait to see video (please let there be video!) from Prince George’s upcoming birthday celebrations. The young prince turns 5 on July 22, and we’re pretty sure his sister will make sure she’s not overlooked on her big brother’s big day. Let’s hope.