Thus, the recent New York Times report of U.S. interference in the World Health Assembly’s attempt to adopt the resolution that “mother’s milk is healthiest for children and countries should strive to limit the inaccurate or misleading marketing of breast milk substitutes” alarmed many concerned about public health.

As a pediatrician and a nutritionist, I have provided direct patient care to breastfeeding mothers and children and also advocated for breastfeeding policies and practices. The scientific research in support of breastfeeding is overwhelmingly clear, and most mothers in the U.S. have heard that message and learned from it. Marketing and sales of infant formula have surged in developing countries, however. That’s created a dilemma for the U.S., which has not wanted to restrict the US$70 billion infant formula business.

This comes at another price. Lack of breastfeeding worldwide is blamed for 800,000 childhood deaths a year.

Mother’s milk, for thousands of years

Direct breastfeeding and exclusive human milk feeding were the only sustainable infant feeding for thousands of years. Initial efforts prior to the 1800s to provide alternative animal milk sources for infant feeding resulted in greater risk of disease, often from infection, dehydration and malnutrition, as well as death.

The ability to sterilize and evaporate cow’s milk in the early 1800s allowed for preparation of alternative infant feedings, however. Throughout the rest of that century, different brands of alternate feedings, almost all based upon cow’s milk, proliferated.

The American Medical Association first called for standards for safety and quality in 1929. With more women working outside of the home during and after World War II, the use of infant formula become more common. Formula makers began to market formula as a convenience item to allow for a freer lifestyle and to replace breastfeeding. U.S. breastfeeding rates began to drop, hitting an all-time low of 24.7 percent initiation in 1971.

Medical professionals were not trained to support breastfeeding at this time, but mothers demanded to reclaim breastfeeding through a grass-roots movement. The resurgence of breastfeeding in the U.S. has been attributed in particular to efforts of founders of La Leche League International.

In 1981, the World Health Organization adopted the International Code of Marketing of Breast-milk Substitutes. All participants of the United Nations-affiliated World Health Assembly support breastfeeding and limit the marketing of alternative feedings, or infant formula, except the U.S.

The code restricts inappropriate marketing of infant formula to families and prevents formula companies from providing free formula to consumers or health care facilities. The code also calls upon all countries to enact legislation to enforce it. The code specifically does not restrict access to formula to those families who need or request to use it.

Also, the International Baby Food Action Network was formed to protect a mother’s right to breastfeed and an infant’s right to be breastfed, as well as to monitor compliance with the code. The WHO and UNICEF subsequently developed “The Innocenti Declaration on the Protection, Promotion and Support of Breastfeeding” in support of maternal and child health in 1990.

Among infants born in the U.S. in 2014, the most recent national data available, 82.5 percent were breastfed initially, but disparities existed based upon socioeconomic and demographic status. 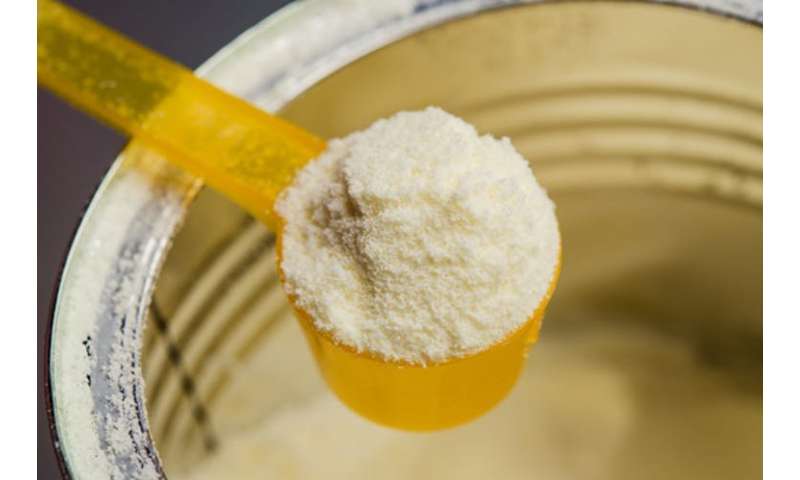 A Lancet series on breastfeeding indicated that six- and 12-month continuation rates for breastfeeding remain low in most countries. The WHO Global Breastfeeding Scorecard also shows that no country is highly compliant on all indicators that monitor support and protection of breastfeeding.

The benefits of breastfeeding for children and mothers are irrefutable. Initiation of skin-to-skin contact immediately after delivery, with early onset of breastfeeding within the first hour of life, supports newborn stability and provides protective immunoglobulins, especially secretory IgA, and other immune protective factors. Human milk provides human milk oligosaccharides, facilitating the colonization of the intestinal tract with probiotics and establishing a microbiome that protects against pathogenic bacteria.

Also, mothers who fail to breastfeed according to current recommendations face higher risks of postpartum hemorrhage, breast cancer, ovarian cancer, obesity, type 2 diabetes and heart disease, including hypertension and myocardial infarction, or heart attack. About 20,000 cases of preventable death from maternal cases of breast cancer are attributed to lack of breastfeeding, according to the Lancet series.

Some of the poorest countries have the lowest breastfeeding initiation and duration and could gain the most in terms of health impact and economic benefit from improving breastfeeding rates.

What has the US done to support breastfeeding?

Partnership between governmental and nongovernmental agencies resulted in the formal designation of the United States Breastfeeding Committee in response to “The Innocenti Declaration.” The Department of Health and Human Services developed a mass media campaign in 2008 to support and promote breastfeeding.

As more infants were breastfed in the U.S., formula makers turned their sights to developing countries. This contributed to a global decline in breastfeeding rates, similar to that seen in the U.S.

Infants in developing countries face the greatest risk from malnutrition, diarrhea, dehydration and death when fed formula that is contaminated by bacteria or parasites from unclean sources of water, or when bottles or nipples are not cleaned regularly in hot, soapy water. Diarrheal diseases and resultant dehydration are a leading cause of death in infants in poor countries, where breastfeeding may be lifesaving.

Good quality infant formula can be necessary and lifesaving when mother’s milk is not an option and pasteurized donor human milk is not available. However, the formula industry stands to gain the most financially when breastfeeding fails. The formula industry should not be influencing public health policy. The U.S. delegates to the World Health Assembly must lead the way in support of health policies based upon science.

Bilingual Parenting Matters — Even if the White House Says It Doesn't
been, best, Breastfeeding, has, health, history, policy, public, the, throughout
Latest Posts