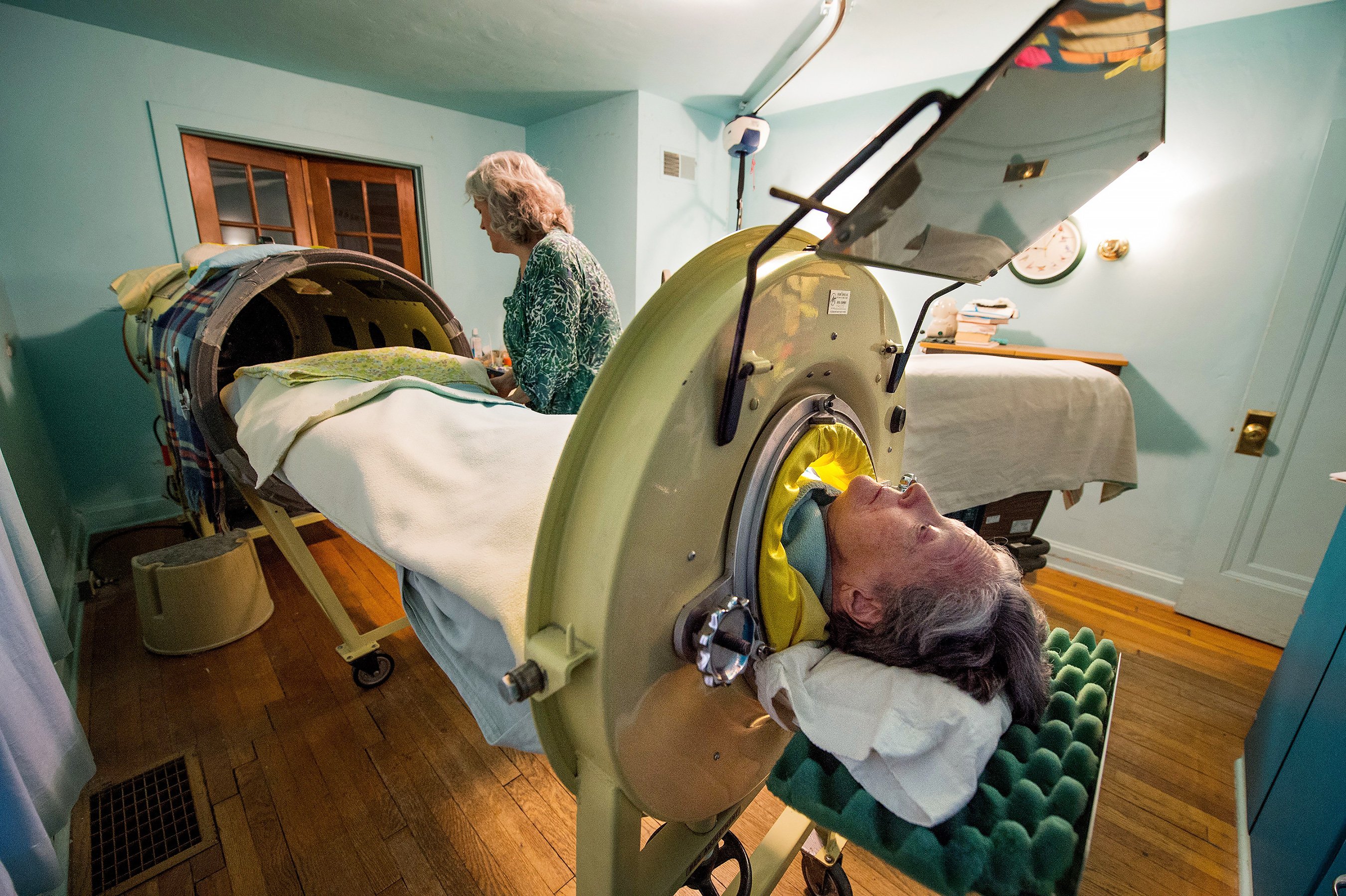 With just three remaining in the United States, iron lungs are nearly obsolete — but Mona Randolph, a polio survivor, relies on one of the 700-lb. devices to keep her alive.

The 82-year-old Randolph has used the device on and off since being diagnosed with polio in 1956. She was 20 years old at the time, and doctors thought she was too old for the vaccine that had been invented just one year earlier.

She’d gone to the hospital in Kansas City with a massive headache, a fever and difficulty breathing, and doctors immediately put Randolph in an iron lung.

“They happened to have one in the basement because people were not using them much then,” she told The Kansas City Star.

Randolph survived the polio virus, but her left arm was permanently paralyzed, and she became dependent on others to live her life. Though she didn’t have to use the iron lung again for several decades, she needed other treatments, and went to the same Warm Springs, Ga. facility as President Franklin D. Roosevelt.

Then in the 80s, breathing became difficult again and Randolph had to start using the iron lung at night. She’s been using it ever since — for 36 years.

She now goes into the 6-foot-long device six nights a week. It takes an hour to get Randolph into the iron lung — which she calls her “yellow submarine” — with the help of her husband Mark and a friend or an aide.

The machine does not cover her head — instead, Randolph’s body goes into the iron lung, which uses negative pressure to expand and contract her chest and lungs to help her breathe.

She uses a more modern device during the day — a CPAP machine — but Randolph says she isn’t a fan. The machine uncomfortably forces air into the lungs through a breathing tube in her mouth, and her three CPAP machines always seem to be broken.

Randolph said that the iron lung, in comparison, is a “relief.”