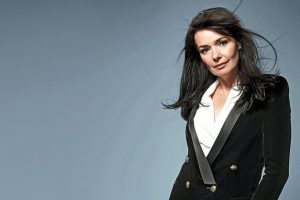 ‘Cancer is easier the second time round, just like having children’: Singer Beverley Craven defies a double mastectomy to go on a 32-date tour

Three weeks ago, singer songwriter Beverley Craven had a double mastectomy. The multi-million record-selling star, whose ballad Promise Me was a huge international hit in the early 1990s, hopes that the radical surgery, which also included removal of lymph nodes under her right arm, will cure her breast cancer.

It is the second time the mother-of-three has faced the disease. But today, relaxed and toying with her long, dark hair as she sits on a sofa at her Buckinghamshire home, she is in remarkably defiant mood.

‘It was a bit of a blow,’ shrugs the 55-year-old. ‘But there are people in far worse positions than me. You’ve just got to get on with it.’ 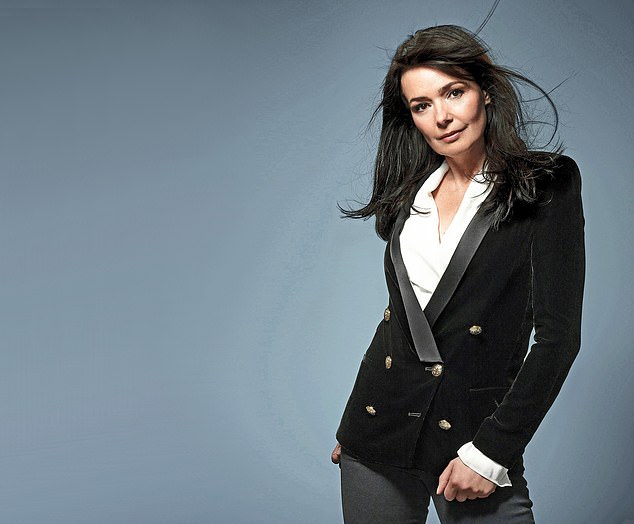 Beverley Craven (pictured) has already seen the disease claim the lives of her sister Kathy, who died aged 44 in 2014, and her cousin Sara, who was 46 when she died in 2006

Which is exactly what Beverley plans at the end of the month when she starts the first part of a 32-date UK tour with fellow singer-songwriters Julia Fordham and Judie Tzuke.

After a show in Dublin in December, she will take a break to undergo 18 weeks of chemotherapy in an attempt to finally eradicate a disease that has already claimed the lives of her sister Kathy, who died aged 44 in 2014, and her cousin Sara, who was 46 when she died in 2006.

Beverley will then be donning a wig and getting back on stage in June for 12 more emotional performances. ‘There is no way this tour is not happening,’ she adds.

Beverley was diagnosed with breast cancer for the first time in 2005.

After discovering a tumour in her left breast, she had a lumpectomy – an operation where the tumour and some of the surrounding tissue is removed, in order to preserve the breast – radiotherapy and was given hormone medication.

The treatment cured her. As surprising as it may seem, Beverley’s latest diagnosis is considered to be a completely new cancer.

One in eight women will develop breast cancer at some point in their life. However, those who have already had the disease have double the risk of developing a new cancer in another area of the same breast, or in the other breast.

Genetics are thought to be the reason – however in the majority of cases, the exact genes responsible have not yet been discovered.

Looking back at her first episode, Beverley says: ‘I was a lot more frightened and lot more bloody angry then as well.’

Her illness led to big changes to her lifestyle: she quit smoking and cut down on sugar and alcohol. ‘The second time around, it’s a lot easier – it’s just like having kids,’ she jokes.

Beverley noticed a hardening under her right nipple in August. ‘I just thought, “I’ve known this day would come for 13 years and here it is.” ’

Tests revealed a tumour that had begun to spread and Beverley’s oncologist recommended removing 15 lymph nodes from her right arm and a double mastectomy. The operation was a success, and the chemotherapy and hormone therapy will eradicate any rogue cells that could potentially appear in other parts of the body.

‘I’ve been told I should be confident of a positive outcome, so I’m in a good place,’ Beverley says. In fact, she’s now had the surgery she requested the first time around.

After her diagnosis in 2005, Beverley asked her surgeon to perform a double mastectomy due to a strong family history of the disease. ‘I said, “My breasts are a liability – I just want to get rid of them.” 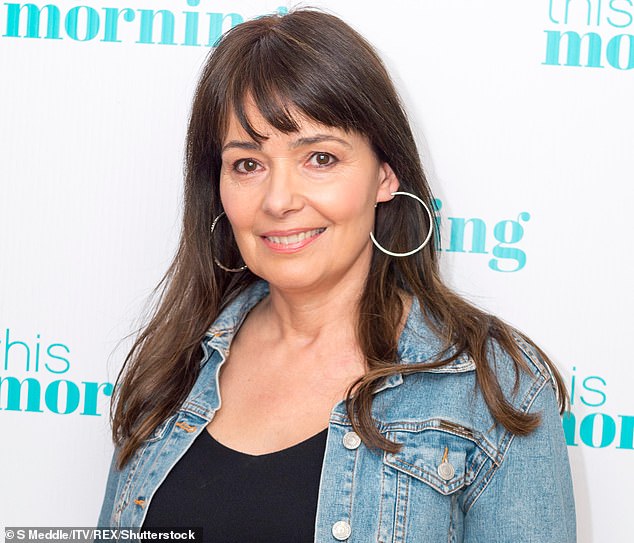 Beverley (pictured in April) has also reveled that her three daughters, aged between 18 and 26, plan to have elective mastectomies once they have had their own families

‘But the surgeon talked me out of it. So as soon as I was diagnosed this time, I said, “That’s it. I can get rid of these bloody things.”

‘They’ve breastfed three babies and now it’s the end of the road for them. It was a massive relief. And actually it was the best decision I’ve ever made as they found a small early-stage tumour in the other breast when they removed it. This b****** was out to get me and I’m going to try to foil it again.’

Unlike her sister Kathy, who felt ‘ashamed’ after her double mastectomy, Beverley is proud to shout it from the rooftops.

‘If I can make just one other woman feel “My boobs don’t define me, or my femininity at all”, then job done,’ she says.

‘My flat chest makes me feel like a model and I have no intention of having reconstructive surgery as that is just more trouble than it is worth.’

Beverley also reveals that her three daughters, aged between 18 and 26, plan to have elective mastectomies once they have had their own families and finished breastfeeding, to reduce their risk of developing breast cancer. But despite her family history, Beverley is cautiously confident about her own future.

‘I am a very contented person and I don’t have huge ambitions any more,’ she says. ‘And I’ve been lucky. Maybe I’ve just given the Grim Reaper a bit of a tug, but if it’s my time, then so be it. If that’s the case, bring it on.’

You can still get breast cancer when your breasts have gone

1. Women who have had breast cancer can develop a new tumour years later in a different part of the same breast or in the other breast.

This is known as a second primary diagnosis – and the chances of surviving this, given conventional treatment, are about the same as for those suffering the disease for the first time.

2. Second primary diagnosis is distinct from a local recurrence, which is when the some of the breast cancer cells from the initial tumour are ‘left behind’ and it comes back near the original site within a few years.

3. Secondary breast cancer is another term, used to describe the disease that has spread to other parts of the body and is incurable.

4. The outlook for women with a second primary diagnosis is more optimistic: in most cases the cancer is curable.

Although a mastectomy after a first diagnosis reduces the risk of a second primary diagnosis, it is not necessary as it does not boost survival chances.

Women who have a lumpectomy followed by radiotherapy have just as good odds of a cure.

5. Having a mastectomy does not eliminate the risk of local recurrence or secondary breast cancer.

‘Women also need to understand that once you’ve had breast cancer, studies have shown removing a healthy breast does not improve the chances of survival – it does not stop cancer coming back elsewhere in the body or in the mastectomy scar tissue,’ says consultant surgeon, blogger and author Liz O’Riordan, who has had breast cancer twice herself.

‘This is why it is important that women stay breast-aware.’

6. For women who have not had breast cancer, but have a strong genetic risk of the disease, a mastectomy will significantly lower the risk of developing a tumour.