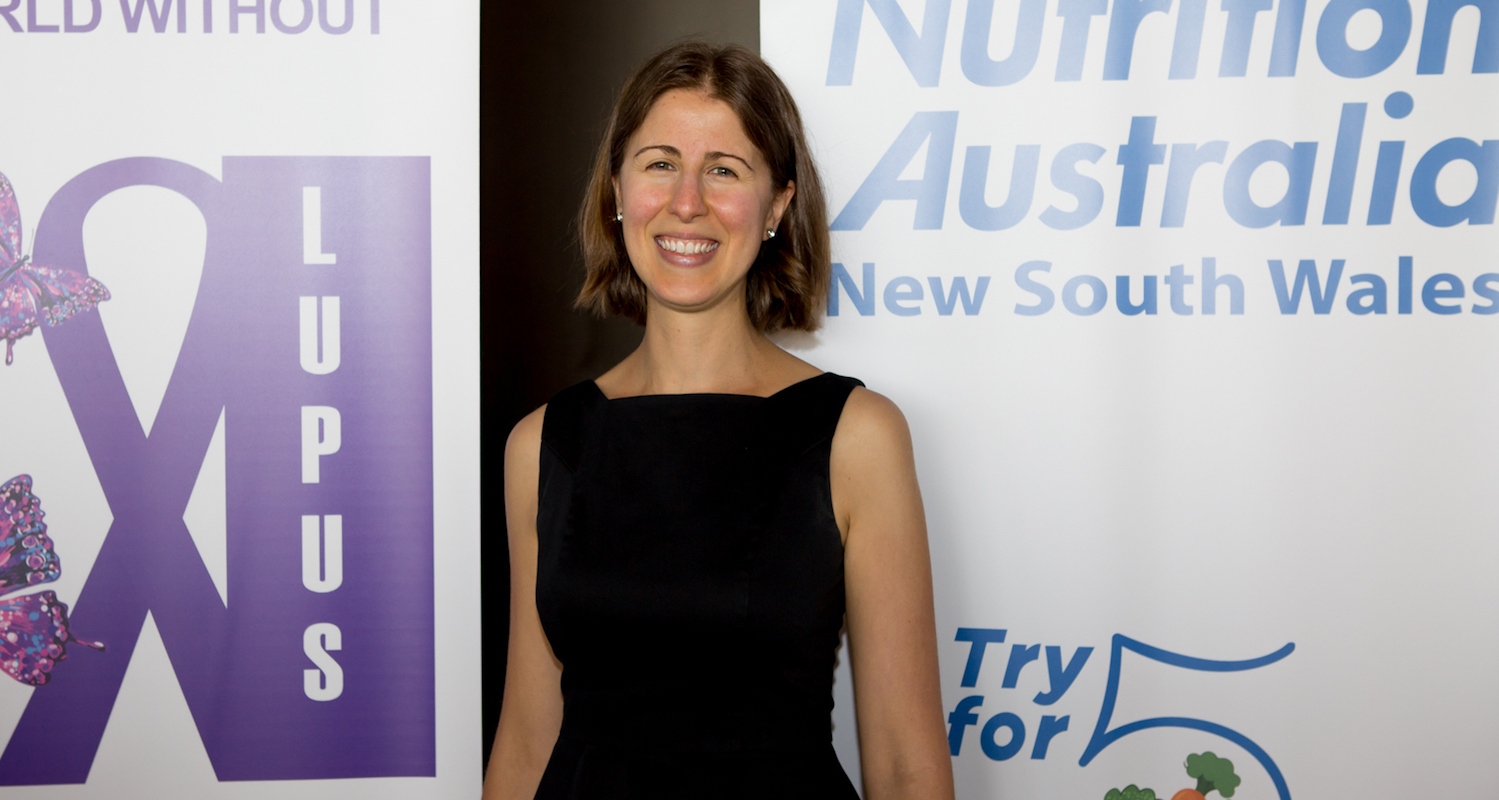 Systemic lupus erythematosus, commonly referred to as lupus, is an unpredictable disease in which a person’s immune system attacks its own body’s tissue. Symptoms and severity vary from patient to patient, for some lupus is life-threatening and for others, it’s entirely manageable.

Giselle Oscuro was 18 when she first started noticing joint pain and flu-like symptoms, but she didn’t think much of it at the time.

“I remember being at work – I bent down to pick something up and standing back up caused sharp pains in my knees,” Giselle told Women’s Health.

“I assumed it was from standing for a long time at work. Not long after, I was feeling feverish, blocked in my nose and head, I was achy and getting more joint pain. I assumed it was the flu so I went to my GP. He told me to rest. But it didn’t get better after a week so I went back and he sent me for blood tests.”

Despite the life-altering diagnosis, the now 31-year-old says she was “lucky” that it was confirmed within weeks.

“He then must have suspected lupus so he sent me to a rheumatologist who confirmed that I had lupus.”

Giselle admits that she hadn’t heard of the disease before, which is why she wasn’t too concerned with the diagnosis at first.

“My rheumatologist had started me on some medication which lessened my symptoms so I thought, it mustn’t be too bad. I know mum was more worried than me. I think she realised that this was a condition that I would have for life and that it would limit me.”

But like all lupus sufferers, there are periods when she feels fine and then there are the “flare-ups” that bring her life to grinding halt.

“A flare may last a couple of weeks or months. The best way to describe it is a yo-yo. When I’m good, I have minimal symptoms and can do most things that I’d like to do. Flares are a different story. During a flare, I’ll get joint pain, chest pain, swelling, fatigue, insomnia and brain fog (can’t think clearly and forgetting things). I’ve had to take extended time off work. Twice I have ended up in hospital as the flare was so bad. Lupus has affected my kidneys, heart and lungs.”

Giselle recalls her worst flare-up three years ago, when complications had her admitted to the Intensive Care Unit.

“I had been going well lupus wise and had travelled to Italy and France earlier that year with minimal symptoms. But in September of that year, I got sick. Again I thought it was the flu and I stayed home and rested but didn’t get any better. I was having trouble breathing so after a week of rest, I went to emergency at the hospital.

She was told she had a virus and was kept overnight, but her breathing troubles worsened and she was rushed to the ICU.

“They had to put a tube down my throat to help me breathe. I was not in a good way at all. Turns out I had a common virus, called CMV, but because my immune system is compromised, it attacked my lungs and I ended up with pneumonia and my lupus flared up.”

Giselle stayed in ICU for five days on a breathing machine and “all sorts of meds”.

“Since I didn’t get out of bed (literally) for a few days, my muscles turned to jelly and I actually needed a nurse to help me stand up. I had to take it so easy, I needed assistance to walk one lap of the ICU, I needed someone to hold onto to steady myself. I was so short of breath. When I gained some strength, I moved to ICU 2, then the normal ward. After 12 days in hospital, I was discharged and started a very slow recovery.”

There’s currently no cure for the disease that affects one in every 600 Aussies, but most sufferers manage their symptoms through lifestyle changes and medication.

“Food, exercise and sleep play a major role in how active my lupus is,” Giselle says.

“I eat a ‘clean’ diet (gluten free, low sugar and low dairy) and I exercise every day (walking and yoga). If I don’t eat well, don’t exercise and don’t get enough sleep, then I can’t function as I start getting symptoms.”

She’s also tried blood and iron transfusions, acupuncture and “all sorts of medications and vitamins” including strong immunosuppressants.

“I’m not a big fan of the meds, as they come with all sorts of side effects, some as bad as the symptom itself. But sometimes they are necessary and I will take them if I have to.”

Fortunately, Giselle is in “somewhat of a remission” but her diagnosis still has a significant impact on her day-to-day life.

“It means I have to think through a lot of my actions and consider the impact on my body. It has influenced the type of work that I do.

“Fatigue is a big factor in lupus, so I’m careful about where I’m spending my energy. Weekends are sometimes about recovery from the working week. I have to say no to some social events because I know I can’t handle too much in one day or go out in the evening as I’ll be exhausted. Some days I am so tired all I can think about is having a nap.”

She says that finding people who understand what she is going through has helped immensely.

“It was sometime after I was diagnosed and I still didn’t know anyone else with lupus. I was looking online and found the Lupus Association of NSW so I gave them a call during a break from work. I remember chatting to the lady who answered the phone later I realised talking to the President Barbara Ward. And she was so kind. She asked me about my symptoms and how I was managing. It was a great feeling to finally talk about it and be understood, to talk to someone who knew about it.

“My family, boyfriend and friends have given me unwavering support. I am truly grateful for them and also my doctors – I don’t know how I would manage my lupus without them. My faith has also been important in getting me through difficult times.”

Giselle says that one of the most frustrating things about lupus is that it is an “invisible condition”.

“I might look great on the outside but my joints are so sore that I get sharp pains in my knees every time I sit down and stand up. When I have a good day, sometimes I try to do too much and overdo it. I have to listen to my body, I don’t have a choice.”

Despite her diagnosis, this impressive woman has still managed to tick off some mind-blowing bucket list activities.

“After my flare and hospital stay in 2014, I slowly improved and gained strength to the point that last year I was able to walk the Camino de Santiago, which is an 800km hike in Spain. I walked 20-25km a day for five weeks. This was something I had wanted to do for a long time but hadn’t been stable enough with my lupus to manage it. So the fact that I could walk it (and felt well) was pretty incredible.”

October is International Lupus Awareness Month. If you’d like more information about this chronic disease, you’re after help for you or a loved one, or perhaps you’d like to support their cause – get in touch with The Lupus Association of NSW on 1800 802 088 or visit their website here.