You CAN get up on the wrong side of the bed 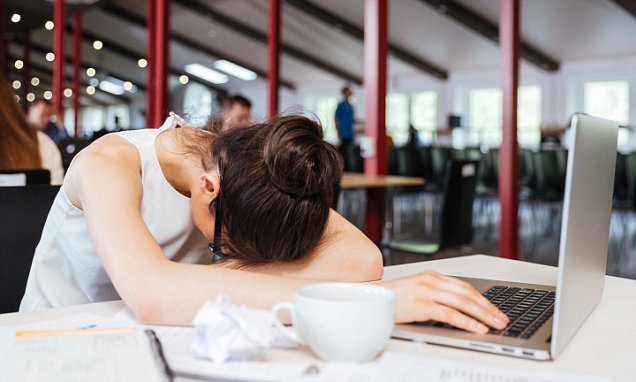 You CAN get up on the wrong side of the bed: People who are in a bad mood in the morning struggle more throughout the day – even if nothing terrible actually happens!

Everybody has days when they get up on the wrong side of the bed, feeling ready for the day to end before it has even begun.

And scientists say the old adage may have some truth in it – research shows people who are in a bad mood in the morning then struggle more throughout the day.

Those who expect to have a bad day from the start have worse brain function later in the afternoon, according to a study, because the effects of stress set in even if nothing bad actually happens.

This reduces the brain’s working memory, making us more likely to make a mistake or struggle to focus.

But it may also be possible to ‘sleep it off’ – worrying about something the night before does not have the same effect.

The team who did the research say their findings could be used to help people relax in the morning in order to improve the rest of their day. 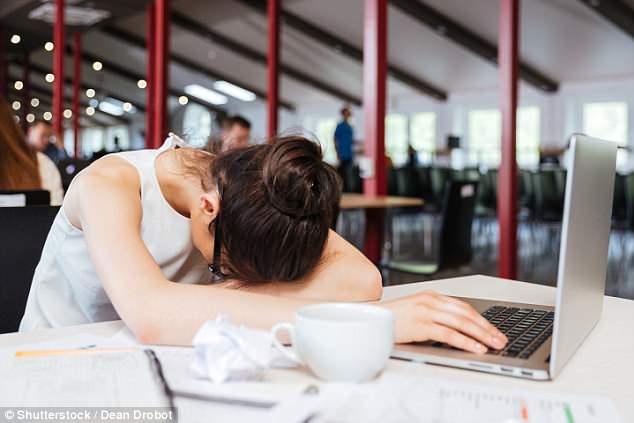 The scientists from Penn State University in Pennsylvania studied 240 adults and asked them to rate their stress levels throughout the day.

Participants were also asked to complete exercises to test their working memory, which allows us to learn and retain information even when we are distracted.

Those who were most stressed in the morning performed worse on the working memory tests later in the afternoon.

Researcher Martin Sliwinski said: ‘When you wake up in the morning with a certain outlook for the day, in some sense the die is already cast.

‘If you think your day is going to be stressful, you’re going to feel those effects even if nothing stressful ends up happening.

‘That hadn’t really been shown in the research until now, and it shows the impact of how we think about the world.’

HOW STRESS ‘TURBO CHARGES’ THE BODY

When you’re feeling stressed, it’s a sign that your body is going into emergency mode, according to University of Central Lancashire lecturer, Michael Porter.

He says this means the body becomes able to react quickly and increases memory recall, remembering every aspect of what you are sensing.

Inside the body, a complex cascade of hormones is triggered by the release of a hormone called CRH (corticotropin releasing hormone).

This results in an increase in breathing, blood pressure and heart rate, to help pump blood and oxygen around the body more effectively.

The liver also produces more energy and blood is moved from other areas of your body to support the muscles – which show increased strength and endurance.

Your immune system switches up a gear and your blood prepares itself to clot – in case you’re injured.

Your brain also starts working much better – fed by the extra glucose from the liver and oxygen being pumped around your body.

But if we are stressed for long periods of time our bodies get worn out and it can contribute to high blood pressure, stroke and diabetes.

‘Stress helps us to prepare for and prevent certain events’

People who said in the evening that they were stressed about the following day did not show the same decline in brain power if they were less stressed in the morning.

Numerous studies have been done into the effect stress has on our bodies and brains, the scientists say, but less is known about how stress affects people before an event has actually happened.

Doctoral student Jinshil Hyun added: ‘Humans can think about and anticipate things before they happen, which can help us prepare for and even prevent certain events.

‘But this study suggests that this ability can also be harmful to your daily memory function, independent of whether the stressful events actually happen or not.’

A total of 240 people aged between 25 and 65 from different financial and racial backgrounds were involved in the study.

‘Having the participants log their stress and cognition as they went about their day let us get a snapshot of how these processes work in the context of real, everyday life,’ Ms Hyun said.

‘We were able to gather data throughout the day over a longer period of time, instead of just a few points in time in a lab.’

The scientists now say there may be ways to stop people being as stressed in the morning, meaning they avoid the brain slump in the afternoon.

Mr Sliwinski added: ‘If you wake up and feel like the day is going to be stressful, maybe your phone can remind you to do some deep breathing relaxation before you start your day.’