Leukemia, lymphoma squarely in sights of new class of drugs 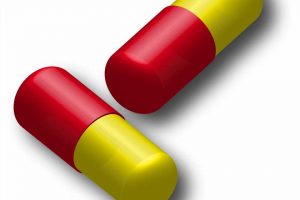 UT Health San Antonio researchers, working with collaborators at the University of Florida, have discovered a safe and potent next generation of drugs to fight multiple types of leukemia and lymphoma in adults and children. The journal Nature Medicine reported the findings Dec. 2.

“This is a new class of drugs called PROTACs that target an essential survival protein in cancer cells called BCL-XL,” said research co-author Robert Hromas, M.D., FACP, professor of medicine and dean of the university’s Joe R. and Teresa Lozano Long School of Medicine. “The previous drugs that have targeted BCL-XL decrease platelets dangerously, with a high risk of bleeding. Our drug markedly reduces that risk, and thus would be potentially far more useful in cancer patients.”

T cells are produced by a gland in the upper chest called the thymus. These cells are very important participants in the body’s immune response. When they turn cancerous, they rely on BCL-XL for survival.

Dr. Hromas is joined on the paper by several co-authors from the Greehey Children’s Cancer Research Institute at UT Health San Antonio.