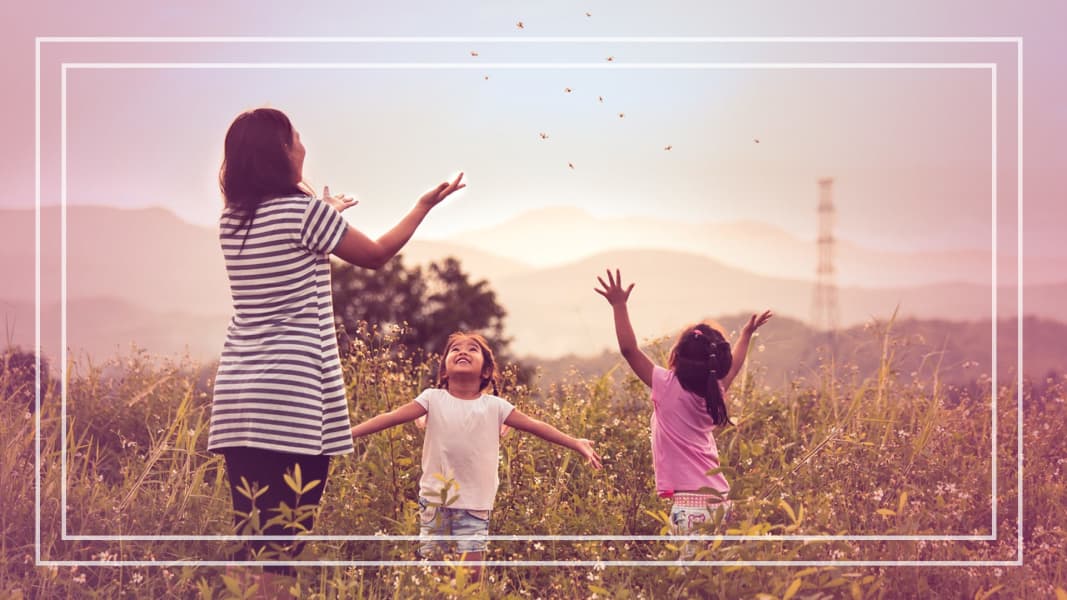 Announcing that you’re pregnant with twins practically guarantees you an onslaught of unsolicited advice from friends, family members and even strangers. Everyone’s got an opinion, whether it’s about the benefits of tandem breastfeeding or the downside of dressing your twins alike.

For every well-meaning suggestion, though, there’s a lot no one shares about what it’s really like to have twins. Here are a few things you might want to know ahead of time.

1. Your pregnancy will be different — and probably more difficult

Sadly, twin pregnancies are almost never as effortless as Beyoncé made it look. Pregnancy symptoms like morning sickness, heartburn and joint pain are worse when you’re carrying multiples. You’re also more likely to deliver early and experience complications such as gestational diabetes and preeclampsia.

And, yes, you’ll get bigger faster.

“I was surprised by how far your stomach really can stretch with two babies being there,” Tiffany Coffey, mom of 9-year-old twin girls, told SheKnows. “I couldn’t believe I had 12 pounds of baby in there.”

2. It’s not always easy to tell if they’re identical or fraternal

Although opposite-sex twins are always fraternal, same-sex twins can be fraternal or identical. What kind of twins you’ll have isn’t always obvious right off the bat, even if both fetuses share a single placenta.

For example, blogger Christine Stewart-Fitzgerald learned she was pregnant with fraternal twins in her eighth week of pregnancy. She later discovered her girls were, in fact, identical — but she had to do a DNA test to know for sure.

“It was a complete shock!” Stewart-Fitzgerald wrote on Twiniversity. “It was so obvious to others, but I didn’t see it myself.”

“Having twins is not twice as hard — it’s exponentially more difficult,” Natalie Diaz, CEO of Twiniversity, told Harper’s Bazaar in 2017.

Bernadette Johnson, mom of 26-year-old twin daughters, is the first to agree. “I was surprised by the amount of time and work that twins required,” Johnson told SheKnows. “It is not double the work of a singleton. It took quite a while to get them on a schedule so they would eat and sleep at the same time. Prior to that, it seemed like an endless cycle. Of course, I expected it to be harder with two babies, but I really had no idea. Thank goodness they were my last pregnancy and not my first!”

Bonding with twins can be more challenging than it is with just one child. After all, you’re spending less one-on-one time with each baby by default.

If that’s true for you, don’t worry — being patient and asking for help can give you the time and space needed to develop those connections.

5. There really is such a thing as “twin speak”

For Diana Cuccurullo, her twin boys’ ability to communicate with one another was evident even in infancy.

“When my sons were 3 weeks old, they were in bed for the night,” Cuccurullo recalled. “One of my sons, Thomas, woke up to be fed and changed. I did this and then the other son, Tyler, woke up for his feeding. After putting him back to bed, Thomas woke up screaming. This was odd because it had never happened before. I was so exhausted I wanted to let him cry for a minute, but his cries were filled with urgency.”

When she went back into their bedroom, Cuccurullo discovered that Tyler had managed to pull his blanket over his face and was having trouble breathing.

“As soon as I picked up Tyler and he was fine, Thomas went to sleep,” she said. “He had saved his brother’s life. I never would have gone back in that room at that time if it weren’t for Thomas.”

6. That said, they have their own identities

Sharing the same uterus doesn’t mean twins will be alike in every way. Each twin has their own personality and should be treated as such. Parents can nurture these differences by encouraging their twins to pursue their own interests instead of having them do everything together.

“In the battle of nature vs. nurture, nature wins hands down,” Dara Lovitz, author of Twinsight: A Guide to Raising Emotionally Healthy Twins, told SheKnows. “I am raising 5-year-old daughters in the same exact environment, and yet one is overly excited by wearing dresses, carrying a purse and shopping for sparkly jewelry. The other is too busy digging in the dirt to think about completing her headband collection.”

Truth be told, no twin journeys are alike, and you’ll undoubtedly encounter several situations about which you were never warned. But if there’s one aspect of having twins you should remember, it’s this: Sometimes the best you can do is just feed them, keep them safe and healthy and hold on for the ride.

Beyoncé Reveals the Major Health Scare She Faced After Giving Birth to Twins
About, Having, Moms, reveal, the, truth, twins, unspoken
Latest Posts