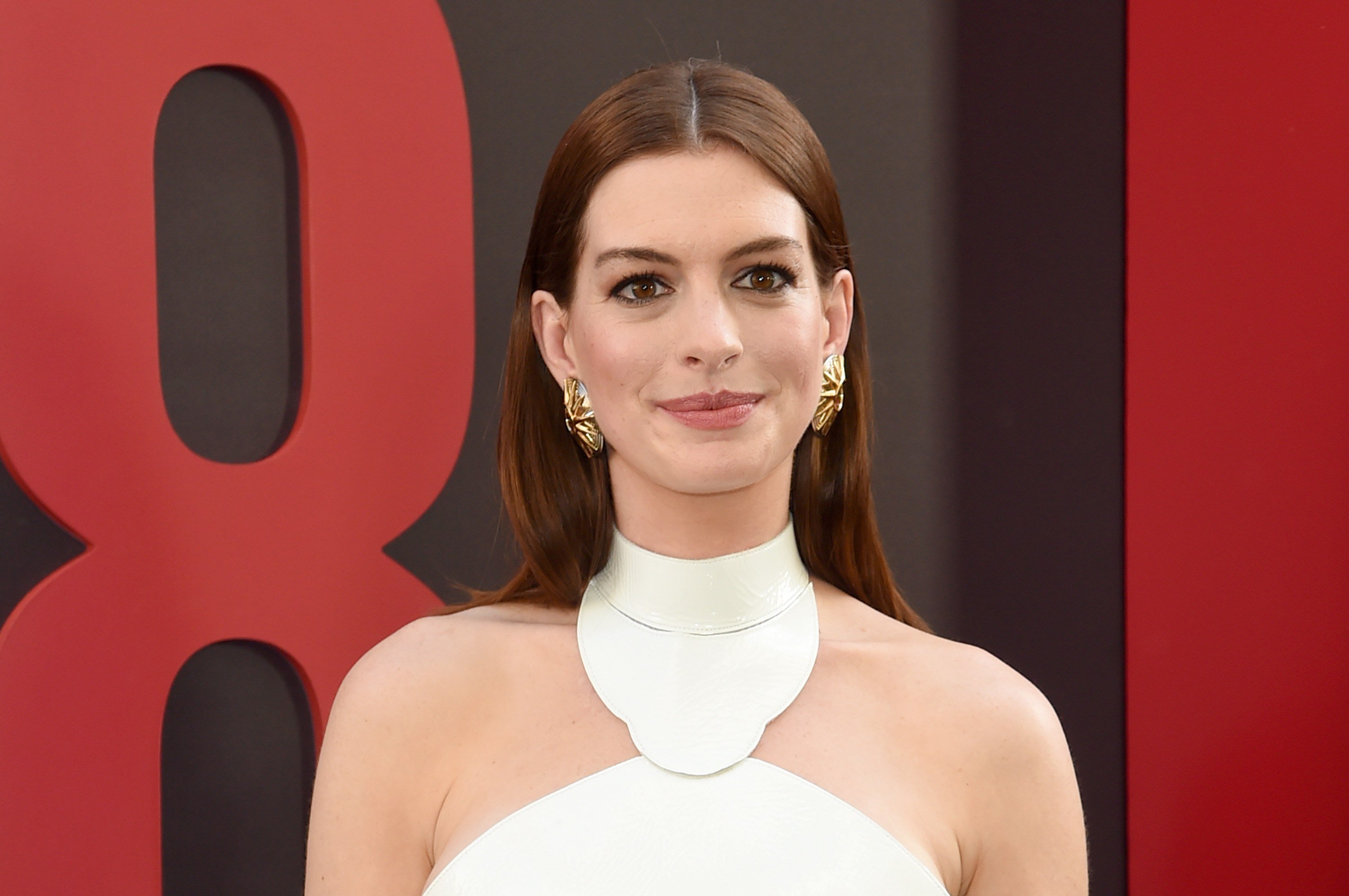 It was only a month ago that we saw Anne Hathaway promoting Ocean's 8 with brown hair. Sure, it leaned a little auburn in natural light, but it was definitely a shade of her signature brunette. From the looks of a few stealth photos snapped in Puerto Rico, however, it seems she's lightened up quite a bit to a warm, coppery shade.

Hathaway was seen on set in San Juan on Monday with noticeably lighter, redder hair, as seen in photos published by the Daily Mail. She's reportedly filming a new Netflix drama called The Last Thing He Wanted, in which she plays newspaper-journalist-turned-arms-dealer Elena McMahon, alongside Willem Dafoe, who plays her father. It's based on the 1996 Joan Didion novel of the same name.

Hathaway's nearly strawberry-blonde hair also looks several inches shorter than it was during her last few public appearances, hitting just at the shoulders — not nearly as short as we've seen her go for past roles, like her Oscar-winning turn as Fantine in Les Misérables, in which her hair was cut to barely an inch long on-screen. This is also not the first time Hathaway has strayed away from her usual brunette look. For Colossal, she had a similarly coppery color, which seems to have lasted a few months after the late-2015 filming.

And who could forget when she surprised everyone by bleaching her then-short hair nearly platinum blonde for the 2013 Met Gala?

The trailer for Hathaway's upcoming film, Serenity, recently dropped, and she's very blonde for her as-yet-unnamed role opposite Matthew McConaughey — though that may very well be a wig.

We're hoping to get a better look at Hathaway's current color before she opts to go back to brown, but in the meantime, you can see the photos from the Netflix set here.