Believe It or Not, All of the Big '80s Hairstyles on "GLOW" Are Real 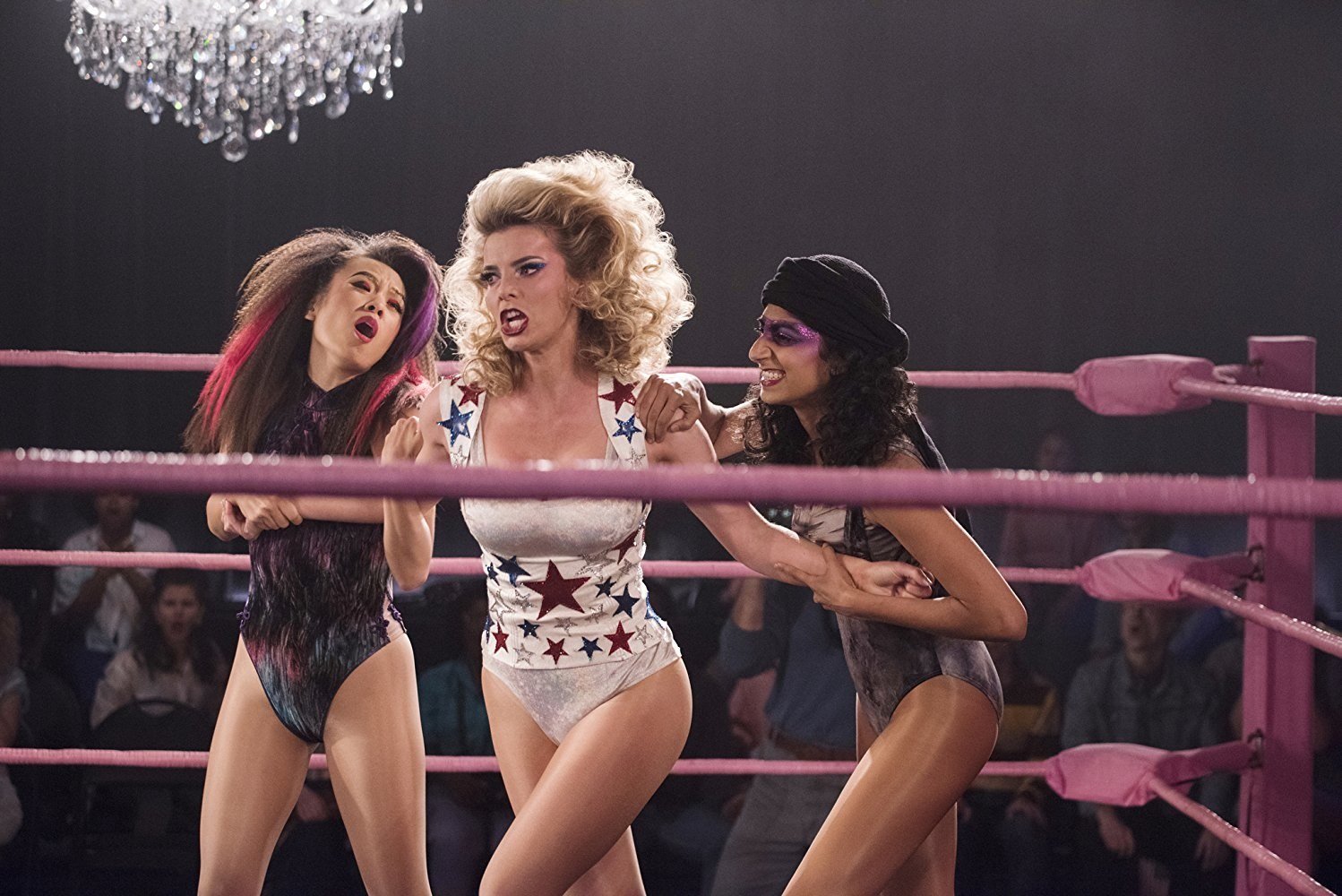 If you watched the announcement of the 2018 Primetime Emmy nominations, then you know that Netflix's nearly perfect show about the 1980s' Gorgeous Ladies of Wrestling, GLOW, got nods for Outstanding Comedy Series, Outstanding Directing in a Comedy Series, and Outstanding Supporting Actress in a Comedy Series (because Betty Gilpin is truly awesome in her role as Debbie Eagan). Most of the behind-the-scenes Emmy nominations aren't announced in front of the camera or listed by mainstream media outlets, though, so you might have missed the fact that GLOW's hair pros were nominated for Outstanding Hairstyling — and considering the retro magic they work with the cast members' own hair, they definitely deserve it.

"Even though we were on a tight production deadline, we didn't use any big, permed wigs — it's all real," GLOW's lead hairstylist Theraesa Rivers told Refinery29. OK, so maybe the Beatdown Biddies' granny-style short, white hair are wigs, but everyone else? No faux hair added. And that goes for Alison Brie's gravity-defying style as Ruth Wilder and her wrestling alter-ego, Zoya the Destroya. "Her normal hair is naturally a little fine, so there's a lot of teasing, mousse, and hairspray we have to pack in there, which takes around 30 minutes, but that's what they did in the '80s."

That kind of styling can really add up, both in product and time. "Wresting looks have way more product," Rivers said. "We have so many different hair textures on set, it takes a long time to style everyone in a unique, killer '80s look." And that '80s looks is achieved in part to an '80s products: One of the mousses used by Rivers and her team is one that was around in the '80s, Paul Mitchell Extra Body Extra-Body Sculpting Foam. Rivers says it's her favorite because "it's what the girls actually used" back in the day. But she's also a fan of a more contemporary formula, Joico Power Whip Whipped Foam.

Although the GLOW hairstyling team's Emmy nomination is for the first season's pilot, they're excited for viewers to see what they achieved in the second season, which premiered June 29. "The new season features many of the same hair looks from the first season, but they're better this time around because we have it down to a science," Rivers told Refinery29. "It's still set in the ‘80s, but we have new cast members, so we're able to play with new hairdos."