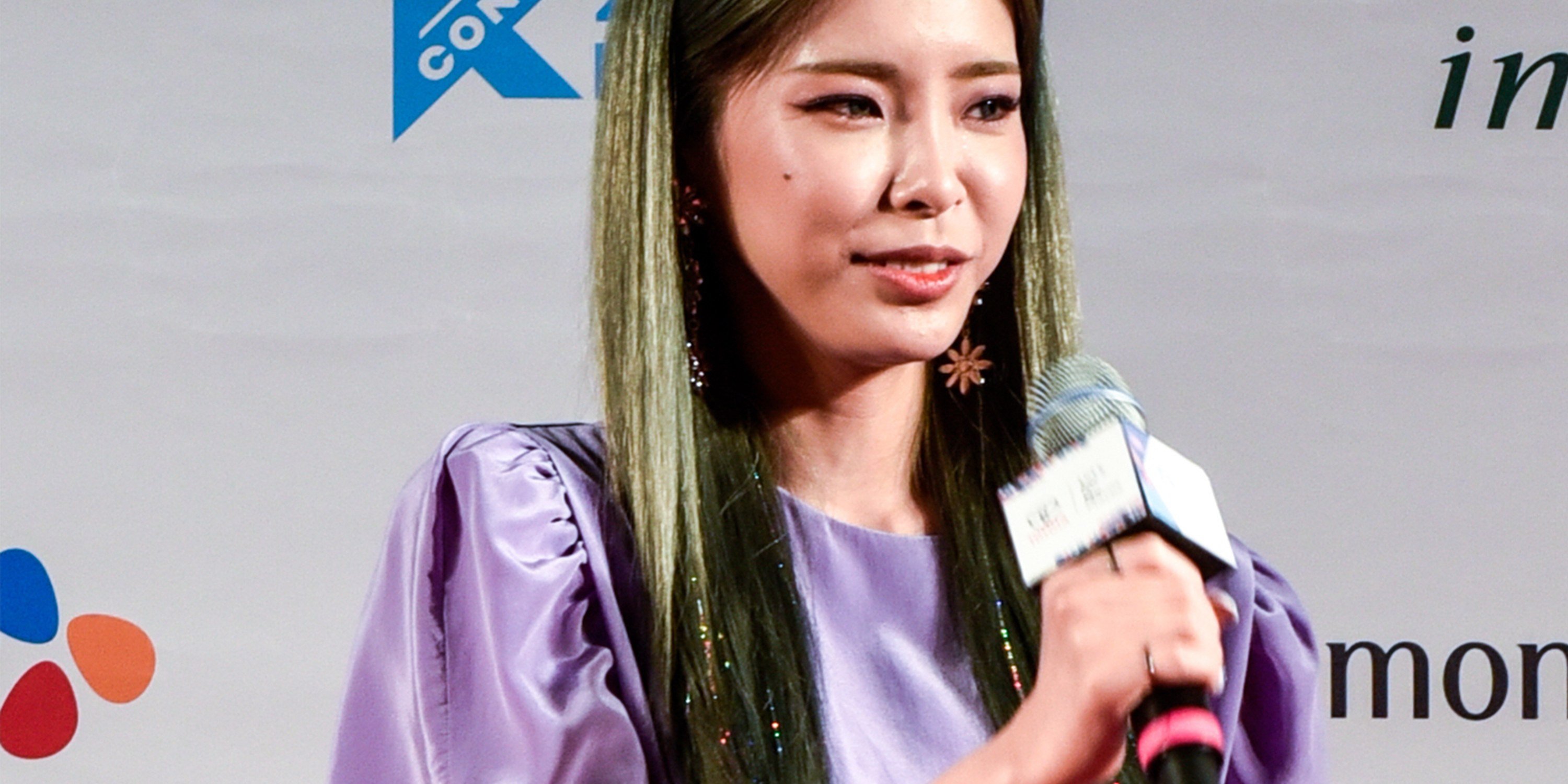 For the past year and a half, the holographic hair-color trend has been going strong. Stylists have been expertly painting on metallic and pastel hair dyes to create a three-dimensional effect, and the results often go viral on Instagram. The process typically takes a minimum of six hours and involves major lightening of the hair, making holographic hair something that's easier to scroll past on your feed than actually have. However, Heize, a singer from South Korea, recently put a bleach-free alternative back on my radar.

As she performed a soulful set at KCON NY on June 23, my eyes were transfixed on Heize's seemingly-holographic highlights. Several pieces of her hair gleamed rainbow hues whenever the spotlight hit them. And I wasn't the only one who noticed. The shimmery stands dispersed throughout Heize's deep seafoam green hair were so multi-dimensional, colorful, and bright that my friend thought they were clip-on fiber-optic lights. "They are slaying my life," he texted me from the other side of the Prudential Center, in New Jersey. "You must research this more."

I knew right away what the glittery pieces were, though — no research needed. Before holographic hair was a thing, there was hair tinsel. Some people call them hair bling or shimmer extensions, too. No matter what you refer to them as, they are all made of the same thing: ultra-fine thread. You can either get them delicately knotted onto a couple strands of hair at a local salon or you can do it yourself by shopping for them on Amazon.

About six years ago, hair tinsel rose to popularity. When I was in high school, I remember my 10-year-old neighbor and all her friends had a couple of pink and gold ones in their hair. Even Beyoncé tried the look on for size at the 2010 Grammys. Heize seemed to have dozens of silver ones concentrated on the front sections of her hair for a more dramatic effect, giving the trend from the early 2010s an Instagrammable update.

Depending on how often you wash and brush your hair, hair tinsel can stay in place for about a week or two, plus, you can tie them onto any hair type, making it one of the most accessible, damage-free ways to try the holographic hair trend. The IGK Foamo is another great option, but hair tinsel will give you more obvious holographic highlights. The foam, on the other hand, is great for sections or all-over color.

Thanks for the tip, Heize.