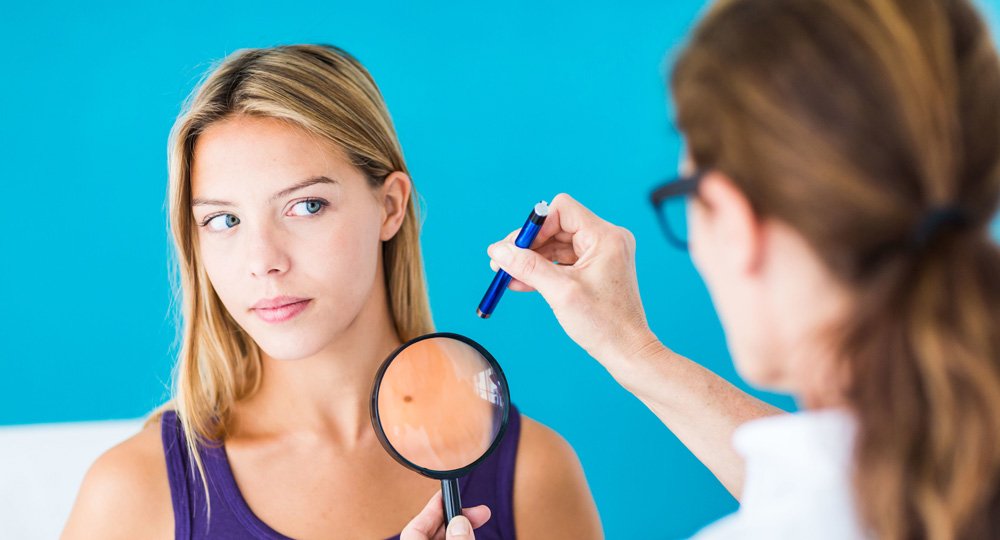 Before you discount that persistent cough as just another part of flu season, you might want to ask your doctor to give it a second glance. According to a study by Cancer Research U.K., more than half of adults have experienced alarm bells that could mean cancer, yet just two percent of them believed cancer could be a possible cause.

Researchers sent questionnaires to nearly 5,000 U.K. residents registered with general practitioners—in other words, men and women who have and visit a primary care doctor. Just shy of 1,800 people completed the questionnaire, and five were eliminated because they indicated they’d already been diagnosed with cancer.

"Very few people mention cancer as a possible cause when it's them who is experiencing the symptom."

They asked participants if, in the last three months, they’d experienced a host of different symptoms (some of which could be possible signs of cancer), ranging from persistent coughing and unexplained weight loss to having low energy. If they had experienced any of these symptoms, they were asked to write in what they thought caused it and whether it was serious.

“We aren’t sure why, but it seems there is a mismatch between what people know in practice and whether they apply the knowledge to themselves,” says study co-author Dr Katriina Whitaker, senior research fellow at University College London. “So while awareness of many of these signs and symptoms is quite high, very few people mention cancer as a possible cause when it’s them who is experiencing the symptom.”

Here, we take a look at the 10 symptoms researchers consider to be red flags. While they could be nothing, the researchers say the point is to recognise that they could also be cancer—and to ask your doctor to check your symptoms out.

1. Persistent Cough or Hoarseness
While a cough here and there is nothing to worry about, a consistent cacophony or a cough accompanied by blood is definitely cause for concern. “Most coughs are not cancer,” says Dr Therese Bartholomew Bevers, professor of clinical cancer prevention and the medical director of the Cancer Prevention Center at the MD Anderson Cancer Center. “But certainly a persistent cough needs to be evaluated to see if it could be lung cancer.” Your physician should recommend a chest X-ray or CT scan to rule out cancer as a possibility.

"Most pain is not a sign of cancer, but persistent pain must be checked out."

2. Persistent Change in Bowel Habits
When your bowel movements aren’t as easy as they once were or your stool appears larger than normal or somewhat deformed, this could be a sign of colon cancer, says Bartholomew Bevers. “It could be a sign that there is a mass impeding the transit of the stool from the bowel,” she says. “This is a symptom where a person should go to the doctor and schedule a colonoscopy to see if there indeed is a mass.”

3. Persistent Change in Bladder Habits
“If there is blood in the urine, that could be indicative of bladder or kidney cancer—but more commonly this is a sign of a urinary tract infection,” says Bartholomew Bevers. Check for an infection first, then pursue other treatment options.

4. Persistent Unexplained Pain
“Most pain is not a sign of cancer, but persistent pain must be checked out,” says Bartholomew Bevers. “If you have persistent headaches, for example, you likely don’t have brain cancer—but it is still something that must be looked into. Persistent pain in the chest could be a sign of lung cancer. And pain in your abdomen could be ovarian cancer.”

5. Change in the Appearance of a Mole
While not all moles are indicative of melanoma, spotting a new mark or one that has changed is something you should bring up with a dermatologist who canscreen for skin cancer, says Bartholomew Bevers.

6. A Sore That Does Not Heal
If you have a sore that’s hanging on past the three-week mark, you should bring it up with your doctor. “We would have expected our body to have healed itself by now,” says Bartholomew Bevers, “and you should absolutely get that checked out.” That kind of sore could be a sign of carcinoma.

7. Unexpected Bleeding
Vaginal bleeding—outside of your normal cycle—could be an early sign of cervical cancer, while bleeding from the rectum could indicate colon cancer, says Bartholomew Bevers.

8. Unexplained Weight Loss
“As adults, we try very hard to lose weight,” says Bartholomew Bevers. “But if weight is falling off of you without any effort on your part, that is a big concern and can be indicative of a serious medical problem.” One of those problems, she says, could be malignancy or a tumour.

9. An Unexplained Lump
“Any time you have a lump that is new or a lump that is changing, that is something you should absolutely have looked at by your doctor,” says Bartholomew Bevers. While it could be a benign cyst (and likely is), it could also be “a cancer that is in the subterranean tissue. A lump in the breast, of course, is a very common symptom of breast cancer.” See your physician to get more information.

It's time to #BrightenUp! All women (and men!) should know the signs & symptoms of #BreastCancer. Do you? #KnowledgeIsPower #AwarenessToAction

10. Persistent Difficulty Swallowing
Two cancers may be behind this symptom, including neck and esophageal cancer. “People who see these symptoms will often start to modify their diets, eating softer foods without thinking there could be a more serious issue.”

“The bottom line,” says Whitaker, “is that if people are experiencing any persistent symptoms, they should go to their doctor for advice.”

This Lazy Habit Is Linked To Throat Cancer, According To New Research