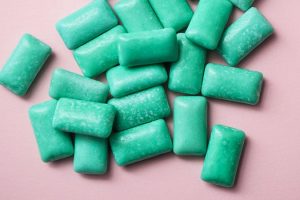 In the country with one of the highest rates of preterm birth in the world, these early deliveries dropped by 24% with a simple intervention: chewing gum with xylitol during pregnancy. The decrease in preterm births was linked to improvement in oral health, according to research presented at the meeting sponsored by the Society for Maternal-Fetal Medicine.

Although the findings, from a randomized controlled trial of women in Malawi, barely reached statistical significance, the researchers also documented a reduction in periodontitis (gum disease) that appears to correlate with the reduction in early deliveries, according to Kjersti Aagaard, MD, PhD, of Baylor College of Medicine and Texas Children’s Hospital, both in Houston.

“For a while, we have known about the association with poor oral health and preterm birth but I am not aware of a study of this magnitude suggesting a simple and effective treatment option,” said Ilina Pluym, MD, an assistant professor in maternal fetal medicine at the University of California, Los Angeles, who attended the presentation. Pluym called the new data “compelling” and said the study “adds to our possible strategies to treat a condition that causes a significant burden of disease worldwide.” The findings must be replicated, ideally in countries with lower rates of preterm birth and periodontal disease to see if the effect is similar, before broadly implementing this cheap and simple intervention.

Preterm birth is a leading cause of infant mortality and a major underlying cause of health problems in children under 5 worldwide. As many as 42% of children born preterm have a health condition related to their prematurity or do not survive childhood.

About one in five babies in Malawi are born between 26 and 37 weeks, about double the U.S. rate of 10.8% preterm births, which in this country is considered births that occur between 23 and 37 weeks’ gestation. Researchers also chose Malawi for the trial because residents there see preterm birth as a widespread problem that must be addressed, Aagaard said.

Aagaard’s team decided to test the effectiveness of xylitol – a natural prebiotic found in fruits, vegetables, and bran – because harmful oral bacteria cannot metabolize the substance, and regular use of xylitol reduces the number of harmful mouth bacteria while increasing the number of good microbes in the mouth. In addition, a study in 2006 found that children up to 4 years old had fewer cavities and ear infections when their mothers chewed gum containing xylitol and other compounds. Aagaard noted that gums without xylitol do not appear to produce the same improvements in oral health.

Before beginning the trial, Aagaard’s group spent 3 years doing a “run-in” study to ensure a larger, longer-term trial in Malawi was feasible. That initial study found a reduction in tooth decay and periodontal inflammation with use of xylitol. The researchers also learned that participants preferred gum over lozenges or lollipops. Nearly all the participants (92%) chewed the gum twice daily.

No statistically significant reduction occurred for births at less than 34 weeks, but the reduction in late preterm births – babies born between 34 and 37 weeks – was also borderline in statistical significance (P = .049). Only 9.9% of women chewing xylitol gum had a late preterm birth compared to 13.5% of women who only received health education.

The researchers estimated it would take 26 pregnant women chewing xylitol gum to prevent one preterm birth. At a cost of $24-$29 per pregnancy for the gum, preventing each preterm birth in a community would cost $623-$754.

The researchers also observed a 30% reduction in newborns weighing less than 2,500 g (5.5 pounds), with 8.9% of low-birth-weight babies born to moms chewing gum and 12.9% of low-birth-weight babies born to those not provided gum (P = .046). They attributed this reduction in low birth weight to the lower proportion of late preterm births. The groups showed no significant differences in stillbirths or newborn deaths.

The researchers did, however, find a significant reduction in periodontitis among the women who chewed xylitol gum who came for follow-up dental visits. The prevalence of periodontal disease dropped from 31% to 27% in those not chewing gum but from 31% to 21% in gum chewers (P = .04).

“This cannot be attributed to overall oral health, as dental caries composite scores did not significantly differ while periodontitis measures did,” Aagaard said.

One limitation of the trial is that it was randomized by health centers instead by individual women, although the researchers tried to account for differences that might exist between the populations going to different facilities. Nor did the researchers assess how frequently the participants chewed gum – although the fact that the gum-chewing group had better oral health suggests they appear to have done so regularly.

Whether recommending xylitol chewing gum to pregnant women in other countries would affect rates of preterm birth is unclear. The ideal population for an intervention like this is one where the population has a high rate of periodontal disease or other preterm birth risk factors, Pluym said.

“Preterm birth is multifactorial,” she said. “There are often multiple risk factors and causes to the complex pathophysiological process and a quick fix is not the solution for everyone.”

The study was funded by the Thrasher Research Fund. Aagaard and Pluym reported no disclosures.