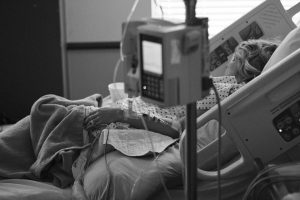 Can sleep loss in hospital patients lead to an uptick in medical malpractice lawsuits? A new study from researchers at Rice University and Baylor University suggests that is indeed the case.

“Endorsements of Surgeon Punishment and Patient Compensation in Rested and Sleep-Restricted Individuals” will appear in an upcoming issue of JAMA Surgery. The research examined how sleep – or the lack of it – can impact whether a patient wants to punish a doctor and seek compensation after a medical error.

The researchers were interested in the link between sleep and malpractice lawsuits because patients are often sleep-deprived. Medical personnel frequently awaken hospital patients to administer medications, conduct tests and perform other necessary treatment.

To conduct the study, the researchers recruited 44 healthy adults who regularly slept seven hours or more per night. The participants read eight medical-error scenarios, such as doctors administering insufficient anesthesia and surgeons leaving instruments in patients’ bodies. Then they rated the errors on 10 factors, such as surgeon competence, quality of care, error severity, recommended surgeon punishment and recommended patient compensation. After completing the questionnaire, half the participants were instructed to continue their normal sleep patterns, while the other half were told to get less than six hours of sleep. After four nights, they repeated the questionnaire.

The researchers found that the people who slept fewer than six hours per night were four times more likely than their well-rested counterparts to recommend the maximum punishment for doctors and the maximum compensation for patients. They also exhibited more mood disturbance, lapses of attention and subjective sleepiness.

Abby Corrington, a graduate student in psychological sciences at Rice and one of the study’s authors, said the research has important implications for hospital administrators and medical professionals.

Frequent lack of sleep: So can adversely have an impact of less than six hours of sleep!
deprivation, does, lawsuits?, malpractice, Medical, promote, sleep
Latest Posts