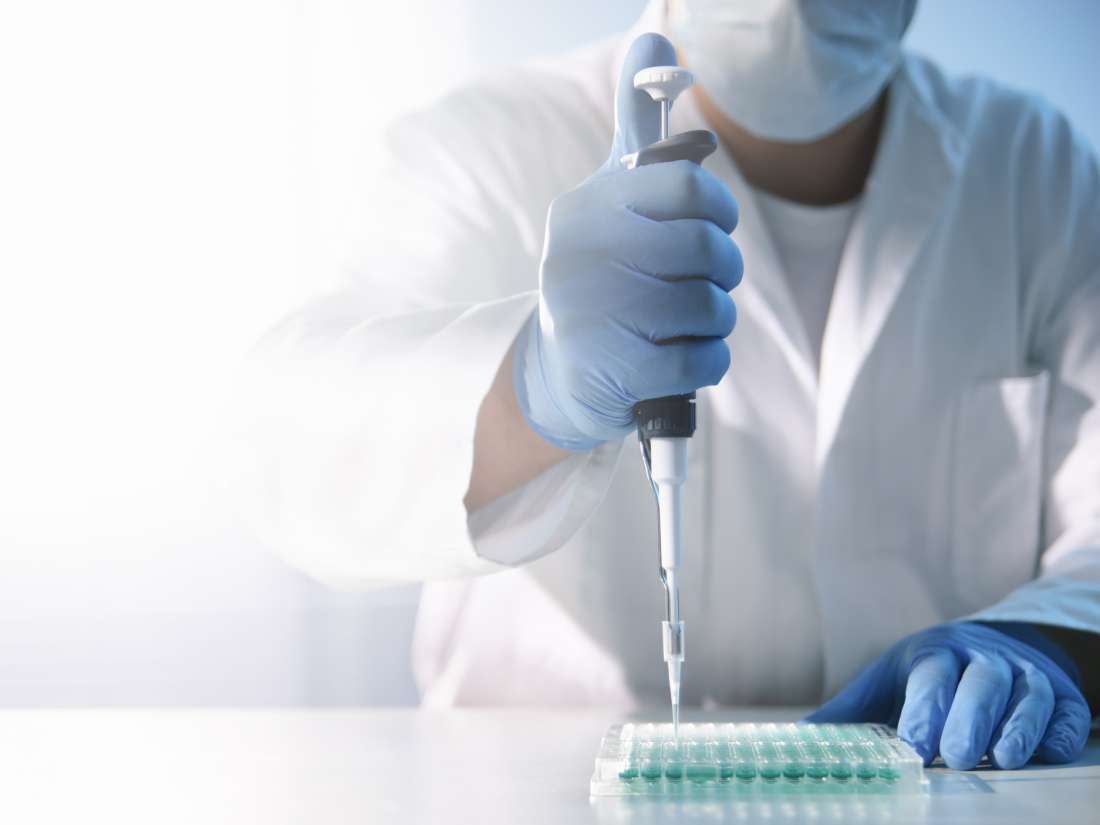 The cell-signaling pathway is called RAS/MAPK and it influences many cell functions including growth, division, and death. Around half of all cancer cases — in a range of different tissues — have defects in this pathway.

Now, researchers at the University of California, San Francisco (UCSF) and Revolution Medicines in Redwood City, CA, have identified a new approach for targeting the RAS/MAPK pathway, which is also called the MAPK/ERK pathway.

In a study paper that is now published in the journal Nature Cell Biology, they describe how an experimental drug effectively “decoupled” the pathway from growth signals arriving at the cell.

The compound, which they call RMC-4550, significantly slows cancer progression in laboratory cell lines of pancreatic, lung, skin, and colon cancer, as well as in human lung tumors that had been grown in mice.

“RAS/MAPK,” says senior study author Dr. Trever G. Bivona, a clinical oncologist with UCSF Health, “is one of the most important cancer signaling pathways, but so far most attempts to develop targeted drugs against this pathway have ended in failure.”

In fact, the search for drugs that target the pathway has proved so challenging that some scientists have likened it to a quest for the “Holy Grail” of cancer treatment, he notes.

Cancer arises when cells grow abnormally and form a mass known as a tumor. The tumor may stay where it started — that is, remain “in situ” — or it can become invasive and grow into neighboring organs and tissue.

Cells can also break away from the primary tumor, migrate through blood and lymph vessels, and establish secondary tumors in other parts of the body. This process is called metastasis. Cells of metastatic tumors bear the hallmarks of the primary tumor.

As the tumors grow, they disrupt healthy tissue and organs and eventually threaten their ability to sustain life.

Alterations in genes and the factors that influence their behavior drive the complex process of cancer. Some alternations “map to signaling pathways” that influence the growth, division, mobility, and fate of cells.

RAS/MAPK is such a pathway, and it starts with an “upstream” signal that arrives from outside the cell. When the associated cell surface protein, or receptor, detects the signal, it will trigger an internal cell protein called RAS.

RAS then activates a series of molecular reactions that triggers other proteins, including RAF, MEK, and MAPK.

The pathway is a cascade of molecular events that control several “downstream” genetic processes that promote growth by switching genes on and off.

While this is going on, another group of proteins called tumor suppressors are keeping the pathway in check so that growth does not get out of control. NF1 is such a protein.

Cancers involving the RAS/MAPK pathway arise when variants in one or more of the proteins that are involved destabilize the cascade of molecular events and cause cells to grow out of control.

These variants, or “oncogenic alterations,” note the authors, “drive the growth of a wide spectrum of cancers.”

There has not been much success in developing drugs that target either specific defects in the RAS/MAPK pathway itself or in its downstream results.

Some reasons for this include the fact that the defects are difficult to target with drugs, and that cancers rapidly become resistant to the drugs that do work and soon find an alternative route through the pathway.

For some time, it was thought that cancer-prone defects in RAS/MAPK concerned one or more of the proteins promoting too much growth.

However, Dr. Bivona explains that more recently, researchers have discovered that the cause may be that cancer-prone mutations make some of the proteins in the cascade become over-sensitive to growth signals. He likens it to “turning up the volume” on the whole pathway.

So, he and his colleagues wondered whether blocking the pathway at its source might be a better strategy for stopping cancer growth. This is what their study essentially proved.

Working with Revolution Medicines — who part-funded the study and developed the experimental drug — the UCSF team showed that they could halt growth of several cancers by targeting an enzyme called SHP2.

SHP2 is a “scaffolding molecule” that plays a key role at the start of the RAS/MAK pathway. It allows the receptor protein to trigger RAS.

The researchers tested the effect of RMC-4550 on dozens of cancer cell lines with various mutated proteins thought to be sensitive to external growth signals. These include class 3 BRAF mutations, certain KRAS mutations, and mutations that deplete the tumor suppressor NF1.

They found that lung, colon, pancreatic, and melanoma skin cancer cells that carry these mutations responded to the compound. It slowed cancer growth in these cells, and, in some cases, it even killed the cells.

The drug halted or shrank tumors in mice

Finally, they tested the experimental drug in human lung cancer tumors that had been grown in mice. They used five different mouse models of non-small-cell lung cancers.

Each of the lung cancers had one of the mutations that the team had identified in the earlier cell-line experiments.

The results showed that the compound either halted tumor growth or caused tumors to shrink, with the animals experiencing “minimal side effects.”

There are plans to carry out human trials later this year to test the efficacy and safety of an SHP2-inhibitor called RMC-4630.

“Now, for the first time, we think we have a general strategy that could work against a subset of RAS/MAPK-driven cancers.”