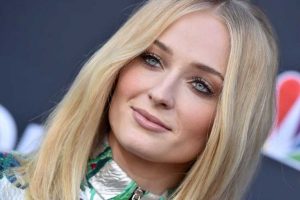 In a new interview with The Sunday Times, Game of Thrones star Sophie Turner opened up about how extreme dieting impacted her body when she was younger.

The 23-year-old shared that being in the public eye at such an early age had a major impact on her body image and led her to obsessively count her calories, which resulted in some health issues.

“I stopped having my period for a year—that’s when I decided to have therapy,” Sophie said. She pointed to harsh social media commentary on her body, and the negative impact it had on her. When she started acting in Game Of Thrones, she was only 13.

“I was too aware of my body at a young age,” she told The Sunday Times. “It just kind of took over my mind, it was all I would think about. Calorie counting, everything. ‘Oh, I’ll just eat nuts today.'”

With my love in Paris ♥️

Eventually, Sophie recovered—and now, she gives a lot of credit to her new husband, Joe Jonas, for helping her do that. (The couple recently got married in a surprise Las Vegas wedding.)

“I think he kind of saved my life, in a way,” Sophie said. According to the X-Men: Dark Phoenix actress, she was going through a tough time with her mental health when she met Joe, but his love and support helped her learn to love her body, and give up extreme dieting. Now, she’s given up the calorie counting, and is feeling healthier for it. Claps for therapy and supportive partners!

Selena Gomez Responds To Body Shamers With The Best Message

Kris Jenner Just Got Her Earlobes Cut Off

Emilia Clarke Almost Chose to Not Reveal Her Brain Surgeries but ‘It Was My Duty’
celebrity, dieting, eating disorder, Game of Thrones, sophie turner
Latest Posts