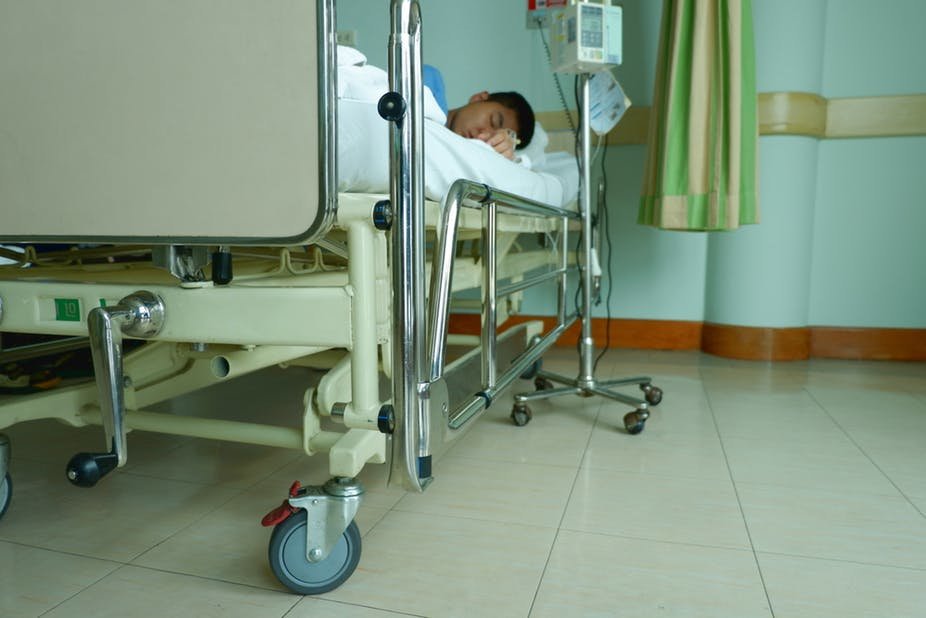 Knife crime is at its highest level recorded in England and Wales, with a 16% increase in knife-related offences in the year to March 2018. Much of the recent spike in knife crime involves young people.

Youth violence is increasingly being portrayed as a public health issue – an infectious disease, spread by a person’s proximity to it. Violence is one of the principal risks to young people’s mortality, especially those in densely populated urban spaces. Since hospitals are the most frequent destination for victims of youth violence, their staff are critical to curbing subsequent violence.

Hospital-based violence intervention programmes, delivered by highly skilled youth workers, are well-placed to interrupt cycles of violence. They provide young people with bespoke support, guided by the specific nature of their trauma, and referrals to other appropriate services. At a community level, these youth workers seek to reduce retaliation, transform social norms that associate violence with respect or “credibility”, and provide counselling to young victims of violence.

These youth workers face many obstacles, from trying to interrupt cycles of violence and retribution, to repairing fractured or dislocated support networks for victims of violence. To understand these issues better, I spoke to one youth work team based in a London hospital’s emergency department as part of my ongoing research.

A window of opportunity

Sara and her team operate at the annex of a buckling health service and an epidemic of youth violence. Every day, the team’s first responsibility is to identify young people injured by violence. They do this using hospital admission records, or once they have embedded themselves into the hospital, referrals from other hospital staff.

Once the team has established a young person’s eligibility for the programme, one of the youth workers typically meets them at their bedside. Here, they build the system of trust that substantiates the advice they give the young person on the effects of post-traumatic stress.

Sara’s team relies upon leveraging a post-trauma window of opportunity. This window – “the teachable moment”, when someone may be more willing to learn about how to reduce their risk of further trauma – is when young victims of violence often create heavily embroidered narratives to explain their hospitalisation.

Scott, a seasoned youth worker, told me that this was his opportunity to shape a young person’s appraisal of their situation, by providing an intervention: “That diffuses feelings of helplessness and revenge, fuelled by social media that drives their reaction. After all, they’ve got a ‘code’ (that honours saving face through retribution) to abide by.”

The team encourage victims and their networks to avoid retaliation, mitigate risk and set objectives toward rebuilding their lives. Rebuilding often involves connecting, or reconnecting, young victims with statutory or community services that promote risk management and problem-solving skills. Meanwhile, others may need assistance with victim compensation, transport to hospital or court and referrals for employment, education or mental health support.

Hospital staff often at a loss

Sara describes such case management as “walking alongside young people, throughout their post-trauma journey”. But, there are some significant obstacles to overcome. She told me: “Unquestionably, the doctors and nurses we work alongside are fantastic, but they’re limited in their support for ‘our young people’.”

She said dealing with young victims of violent crime isn’t a central part of clinicians’ medical training, and neither is the trauma associated with this “part of their agenda”. She said it must be “tricky” for doctors and nurses to feel so unprepared at times.

A youth intervention scheme that I work for, called Redthread, recently conducted a in-house survey with clinicians that highlighted similar issues. Some doctors felt unequipped to treat victims of youth violence, or were worried about the prospect of conflict with young people.

Most striking though was an implicit admission that without the appropriate intervention, some clinicians expect to see the same young people again and again. As if to drive this point home, I parted ways with Sara’s team when she was invited to speak to a 15-year-old trauma patient. When I asked her about the young man she was about to meet, Sara replied: “He was attacked with a screwdriver on the way home from school … there are several punctures to the chest and abdomen. What’s sad is that the surgeons found old wounds in the same area.”

How much salt does it really take to harm your heart?
are, combat, helping, Hospital, How, Serious, to, violence, workers, youth
Latest Posts