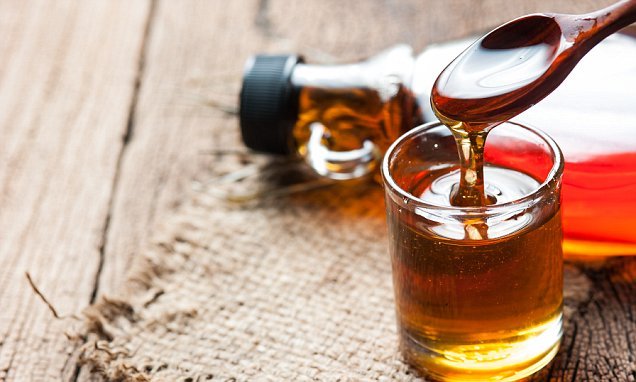 Maple-leaf extract is as good as Botox! Compounds in the leaves prevent wrinkles and could be available as a topical lotion once a patent is available

Wrinkles develop when the enzyme elastase breaks down elastin, which maintains skin elasticity, as part of the natural ageing process.

Lead author Dr Navindra Seeram, from the University of Rhode Island, said: ‘You could imagine that these extracts might tighten up human skin like a plant-based Botox, though they would be a topical application, not an injected toxin.’

The researchers, who believe consumers prefer natural skincare, have had maple-leaf extracts put into cosmetics and are awaiting a patent. It is unclear when such products may be available. 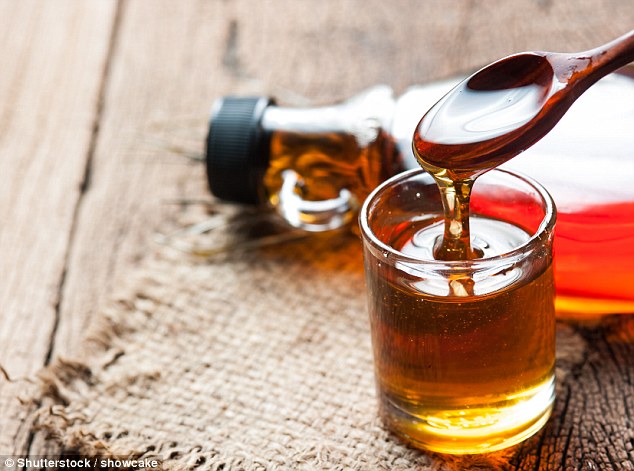 Having sex at least once a week slows ageing in women – even if they do not enjoy being intimate, research suggested in July 2017.

Being active between the sheets increases the length of women’s telomeres, a study found.

These ‘cap’ the end of DNA strands, with longer lengths being associated with slower ageing, longer lifespans and improved overall health.

Women’s telomeres lengthen with regular love making regardless of whether they are sexually satisfied in their relationship, the research adds.

Researchers believe sex may aid ageing in women by dampening stress and boosting their immune systems.

The scientists, from the University of California, San Francisco, analysed physical intimacy, as well as partner support or conflict, overall relationship satisfaction and stress in 129 mothers in long-term relationships.

Blood samples were taken from the study’s participants to determine their telomere length.

The study was conducted over one week.

‘Over time, these patterns of stress function should result in longer telomere length,’ PsyPost reported.

Speaking of the decision to analyse GCGs, Dr Seeram said: ‘Native Americans used leaves from red maple trees in their traditional system of medicine, so why should we ignore the leaves?’

GCGs’ ability to inhibit elastase activity was assessed in a test tube.

Dr Hang Ma, who presented the findings at the American Chemical Society congress, added: ‘We wanted to see whether leaf extracts from red maple trees could block the activity of elastase.’

On the back of their findings, the researchers have developed products called Maplifa, pronounced mape-leaf-uh.

The products have been licensed to the Indiana-based botanical extracts supplier Vendure Sciences.

The scientists hope to eventually market the products as cosmetics or dietary supplements, which they believe could benefit the economy of those who farm maple trees.

Dr Seeram explains: ‘Many botanical ingredients traditionally come from China, India and the Mediterranean, but the sugar maple and the red maple only grow in eastern North America.’

Farmers in North America, who currently only harvest sap from maple tress, could tap the leaves for an additional income, the researchers claim.

Following low-carb, high-fat eating plans may prevent age-related conditions, such as heart disease, Alzheimer’s and even cancer, according to researchers.

During carbohydrate ‘starvation’, the body releases a chemical, known as β-hydroxybutyrate (βOHB), which protects cells from ‘internal stress’, a study found.

Such stress is linked to genetic damage in cells, which can cause ageing, the research adds.

Study author Dr Katerina Akassoglou, from the Gladstone Institute for Virology and Immunology, San Francisco, said: ‘The findings could be relevant for a wide range of neurological conditions, such as Alzheimer’s, Parkinson’s, autism and traumatic brain injury.

‘[These] diseases afflict millions and there are few treatment options.’

Applying petroleum jelly to a cut could be harmful