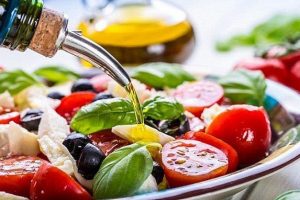 Mediterranean diet could stop you going deaf: Adults who eat less red meat and more vegetables ‘are 30% less likely to lose their hearing’

Eating healthily could stop people going deaf in old age, according to scientists.

A study has found people who ate more fruits and vegetables, beans, leafy greens and seafood and fish were less likely to report their hearing getting worse.

The foods which seemed to be best for hearing health were those found in the Mediterranean diet, suggesting the lifestyle choice has yet another health benefit.

People whose diet most closely matched it were found to have a up to 30 per cent lower risk of hearing decline. 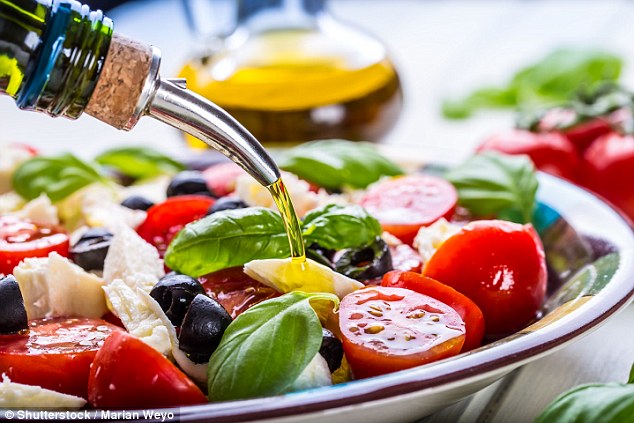 Researchers from Brigham and Women’s Hospital in Boston, Massachusetts, studied 3,135 women with an average age of 59 and looked at their diets and hearing decline (stock image)

Scientists from Brigham and Women’s Hospital in Boston, Massachusetts, studied 3,135 women with an average age of 59.

Their hearing was tested over a three-year period and the researchers looked at 20 years’ worth of information about their diet.

Hearing tests measured low, mid and high frequency levels at varying volumes and the women had to indicate when they could just barely hear the sound any more.

In the mid-range, women were 30 per cent less likely to experience a decline if they ate a healthy diet.

And their risk of damaged high-frequency hearing was cut by 25 per cent.

‘A common perception is that hearing loss is an inevitable part of the aging process,’ said Dr Sharon Curhan, the lead investigator.

Consuming more fruit and fish, and fewer sugary drinks and snacks, are the most important aspects of a Mediterranean diet.

‘However, our research focuses on… things that we can change in our diet and lifestyle to prevent hearing loss or delay its progression.

‘The benefits of adherence to healthful dietary patterns have been associated with numerous positive health outcomes and eating a healthy diet may also help reduce the risk of hearing loss.’

The ‘dietary patterns’ the scientists compared the women’s eating habits to were the Alternate Mediterranean diet, the Dietary Approaches to Stop Hypertension (DASH) diet and the Alternate Healthy Index-2010.

All focus on eating a lot of fruits and vegetables, cutting down on meat, dairy and processed foods, and adding fish, nuts and legumes such as beans and lentils.

Dr Curhan’s findings add to past research which suggested specific nutrients were linked to lower rates of self-reported hearing loss.

Carotenoids, found in squash, carrots and oranges; folate from leafy greens and legumes; and omega-3 fatty acids from fish have all been linked to reduced hearing loss.

In their paper the Brigham and Women’s team suggested the healthy diet’s ability to improve circulation could be how it benefits the ears.

Unhealthy and fatty foods are known to clog blood vessels and reduce blood supply, and Dr Curhan and her colleagues said inadequate blood flow to the inner ear could increase the risk of it becoming swollen or damaged.

‘Additionally, these diets emphasize foods that are aggregate sources of compounds needed for antioxidative function and prevention of free radical damage, 48,49 and are associated with lower markers of oxidative stress.’

The study was published in the American Journal of Epidemiology.

Expert reveals five fruits that could stop you from going BALD

Why a low-carb diet may not be so good for you
could, deaf, diet, going, Mediterranean, stop, you
Latest Posts