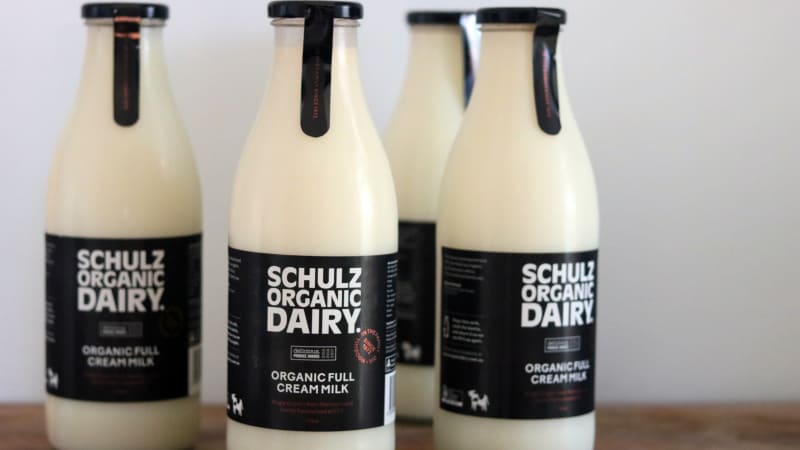 You don’t have to be an old fogey to remember when milk came in bottles, but you do need a memory that stretches back to the last century: milk bottles started to be replaced by cartons in the early 1970s when supermarkets took over from the milkman, and by the late 1980s they were just about history. 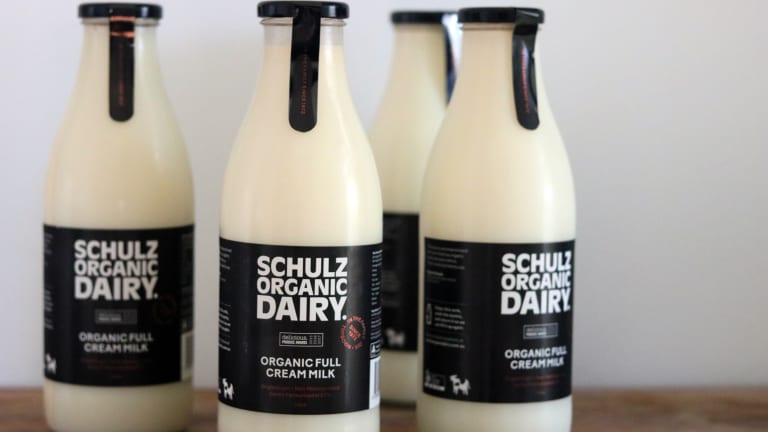 But milk bottles will be history no more if Timboon dairy farmer Simon Schulz has any say in the matter.

For the past nine months Schulz has trialled selling his organic, unhomogenised milk in glass bottles at farmers markets around Melbourne. And people want it: he often sells out, even at $3.50 for a one-litre bottle plus a $2 deposit.

Now Schulz has launched a crowd-funding campaign to raise $60,000 so he can install a bottling line at the dairy, with the idea of increasing production to 10,000 bottles a week.

That would make only a small dent in the estimated 2 billion plastic milk containers Australians discard each year, but Schulz hopes selling his milk in glass will inspire other farmers to do the same.

Milk in glass bottles is a lovely idea, and not just for the nostalgia value: glass is non-reactive, so it’s perfect for keeping foodstuffs pure (unlike plastic, which, Schulz says, infuses milk with unpleasant flavours). 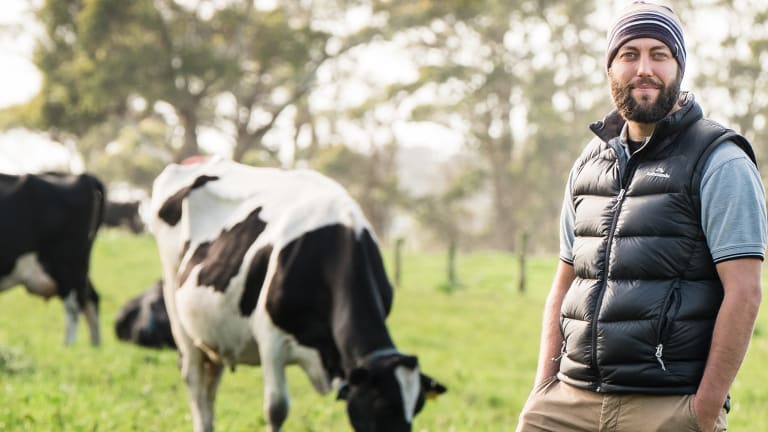 Milk bottles are not like other bottles: they give milk a feeling of being real that’s unlike the processed foodstuffs that come in cartons. That might look like marketing, but it’s also symbolism and storytelling.

Bottles are reusable and glass is recyclable: anything that shakes us out of our use-it-once-then-chuck-it-away mindset has to be worthwhile.

OK, you say, it’s all right for people in the inner-city who live near a farmers market or a food store to get their milk in bottles, but what about the millions who shop at supermarkets?

Supplying them with milk in bottles a la Simon Schulz would take thousands of dairy farmers or small co-operatives around the country bottling their milk rather than feeding it into the production stream that ends up in plastic containers in the fridges at Aldi, Coles and Woolworths: a huge change in how we make and sell milk.

Plastic bottles are cheap to manufacture, light to transport and convenient for consumers: when they’re empty, they go into the yellow bin. Could we replace 2 billion of them with glass bottles that people would have to take back to the shops? I don’t know how to do the maths, but the answer sounds like several hundred million milk bottles. That would take some scaling up and taking back.

If selling homogenised milk in plastic containers seems like the most practical and convenient way to do it, that’s partly because we are used to thinking that the way things are now are the way things have to be, and partly because “practicality” and “convenience” are defined by industrial methods of making and selling food.

But Simon Schulz’s milk in glass bottles – with the cream floating on the top – invites us to think again.

Matt Holden is an Age columnist.

Bec Judd Just Made The Most Awkward Confession About 'Being Postnatal'

What You Need to Know About the Connection Between Diabetes & Heart Disease in Women
About, bottles, days', Good, in, Is, Just, Milk, NOT, old, the
Latest Posts