Home » Health News » Real Talk: Is There A 'Right' Age To Have A Baby?

Real Talk: Is There A 'Right' Age To Have A Baby? 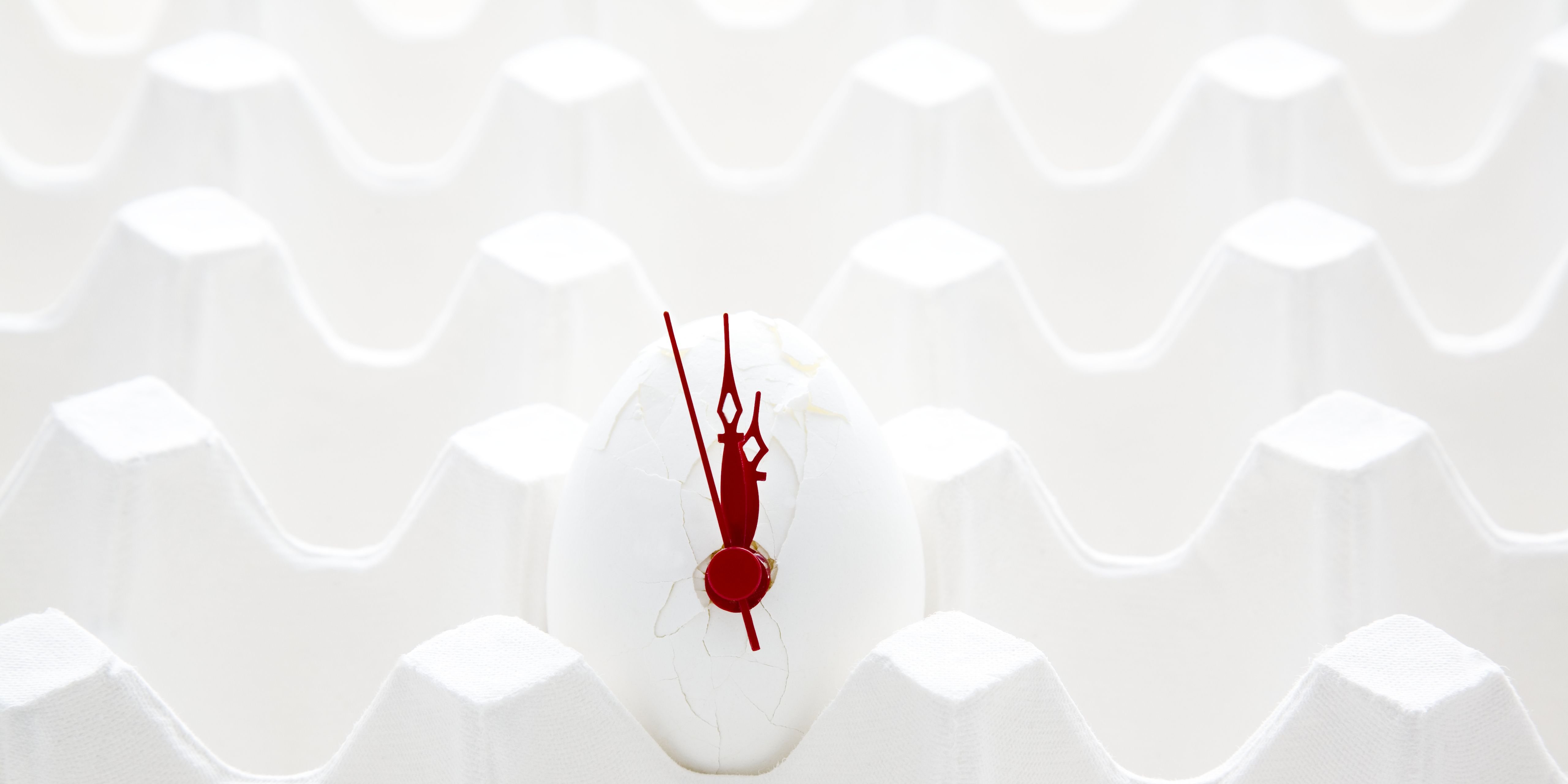 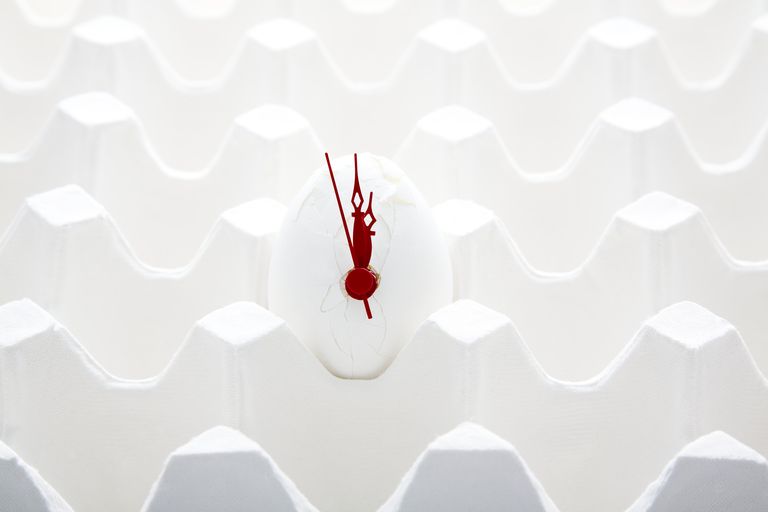 Lots of decisions are no-brainers: whether you want fries or a salad with that, for example. (Fries. Always fries.) Wearing a condom for the first time with a new partner is another one.

But deciding when’s the right time to have a baby…definitely not so cut-and-dry. (If only there were a crystal ball for this kind of thing, amirite?)

The truth: There’s no ~perfect~ age to have a baby, so maybe stop with that thinking right now. Every woman’s body and life circumstances are different. But there is one truth that’s kind of hard to swallow: Women aren’t fertile forever.

The fact is, some ages are better than others—at least if you’re trying to get pregnant. Understanding your fertility, however, can help you make a choice that feels perfect to you.

The best age to have a baby, according to research

Let’s get technical for a minute here: A woman is born with all the eggs she’ll ever have—about 1 to 2 million of them, according to the American College of Obstetricians and Gynecologists (ACOG).

Those numbers decline with age, but as soon as a girl hits puberty and starts releasing those eggs and menstruating, she can get pregnant—between the ages of 10 and 14, according to the National Institutes of Health (NIH).

A woman’s fertility starts to decline at age 32 and declines more rapdily after age 37.

Basically, your body is super fertile when you’re a teenager. But while a 15-year-old’s body may be physically ready to start having babies, the rest of her…not so much. Pregnancy carries high health, emotional, and financial costs for teen moms and their children, according to the Centers for Disease Control and Prevention (CDC).

So, biologically-speaking, the best age for a woman to get pregnant is in her twenties. By then, her body is mature enough to actually carry a child—and she’s got a solid decade before her fertility starts to decline (that begins at 32 and becomes more rapid after 37, per ACOG).

Really, though, the whole fertility-decreases-as-you-get-0lder thing is no joke. One bummer study published in the journal Human Reproduction found that women in their late thirties are about 50 percent less likely to get pregnant during their most fertile days than women in their early twenties.

And if you do conceive in your thirties, it can come with more risks: The chance of stillbirth, for example, is higher for women over the age of 35, according to ACOG, as is the risk of chromosomal abnormalities, such as Down syndrome.

But it’s not all bad news (promise!): Advancements in testing mean that older moms can still have healthy pregnancies and healthy babies. Plus, biology doesn’t take into account social factors that contribute to delaying pregnancy.

One London School of Economics study, for example, found that children born to moms ages 35 to 39 tended to score better on cognitive tests at age 10 and 11 than those born to younger moms. Why? Older moms often have higher levels of education and more financial resources, which the researchers say could contribute to having smarter kids.

The best age to have a baby, according to ob-gyns

Your twenties may be the best age for you to have a baby. But what if you’re still trying to crawl out from under crushing student debt or navigating finding a partner in the era of the swipe?

Painfully obvious alert: “Women are more fertile in their twenties, but that may not be the best time to try to conceive as far as their personal life is concerned,” says Mindy Christianson, M.D., assistant professor of Gynecology and Obstetrics at the Johns Hopkins University School of Medicine.

Still, if you know you want to have a baby sometime in the future, your twenties is a good time to start planning, says Christianson.

Your ob-gyn can do a physical evaluation and can order an anti-mullerian hormone (AMH) test to give you an idea of your ovarian reserve (a.k.a. how many eggs you’ve got left in the bank), notes Christianson. Knowing what you’re working with can help inform your decision about when might be the right age to conceive.

“It’s possible to have a child into your early 50s with in vitro fertilization or donor eggs.”

Generally speaking, though, it’s ideal to conceive before you’re 37, says Christianson. Because, again, the older you get, the more difficult it can be to get pregnant.

“It’s not as easy as people think it is,” says Christianson. “A lot of women have been spending a lot of their lives trying not to get pregnant, and then all of a sudden when they try to get pregnant, they realize how hard it actually is.”

That’s why OB-GYNs don’t just talk with their patients about fertility, but also ask them to consider the broader picture.

For example, choosing to wait to have children might be a very valid choice in your life right now, personally speaking—so, biologically, it’s important to be aware of the risks that come with pregnancy as you age, says Aparna Sridhar, M.D., M.P.H., assistant professor in obstetrics and gynecology at David Geffen School of Medicine at UCLA.

“I don’t think anybody can officially recommend that a woman has to have a baby around ‘this’ time because it’s a totally personal choice as to when the woman wants to conceive,” says Sridhar. “But once you’re trying, you need to know about possible complications. Not that it makes it any easier if you have any of those, but we need to educate women and prepare them for those issues.”

So…are you ever just ‘too old’ to have a baby?

Technically, as long as you are still ovulating and haven’t reached menopause—which happens around age 51, according to ACOG—it’s possible to conceive a child naturally, says Sridhar.

There’s no ‘right’ time to have a baby, so there’s also no ‘wrong’ time.

But advancements in fertility treatments and prenatal care has made becoming a mom in their forties or early fifties (i.e., after menopause) an option for more and more women.

Carrying a child is different than conceiving a child, so as long as your uterus is healthy and able to support the growth of a babe, it’s possible to have a child into your early fifties with in vitro fertilization (IVF) or donor eggs, says Sridhar.

But keep in mind, IVF or using donor eggs is super expensive—it can run you about $13,000 to $15,000—so it may not be a feasible option, depending on your financial situation.

Basically, there is no “right” age or time to get pregnant and have a baby—which means there’s also no “wrong” time. Instead, choosing what age to have a child hinges on a number of factors that are different for everyone.

“Women look at it as a significant change in their life, so I think it’s valid for them to think about it and see what works best for them,” says Sridhar. “It’s all about how you feel and when you can make up your mind.”