The Scary Contaminant Hiding In Your Salt Shaker 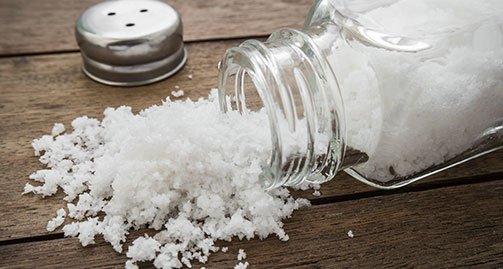 The pollution of micro plastics in our society continues to be a problem, with recent studies proving billions of people globally are drinking tap water contaminated with plastic particles.

Now, research has found that these tiny fibres are also finding their way into the food chain.

“Not only are plastics pervasive in our society in terms of daily use, but they are pervasive in the environment,” Sherri Mason, a professor at the State University of New York at Fredonia told The Guardian.

Plastics are “ubiquitous, in the air, water, the seafood we eat, the beer we drink, the salt we use – plastics are just everywhere.”

In collaboration with researchers at the University of Minnesota, Mason examined the micro plastics present in 12 different kinds of salt from across the world (including 10 variety of sea salts) purchased from grocery stores in the US.

The results established that Americans could be ingesting upwards of 660 plastic particles each year if they consume the recommended daily intake of 2.3g of salt per day. However, this number is estimated to be far greater, as health officials say that 90% of all Americans eat too much salt in their diet.

It’s believed that sea salt may be more vulnerable to contamination because of how it is made – a process that combines dehydration and salt water. And because up to 12.7m tonnes of plastic enters the world’s oceans every year (the majority being micro-fibres and single-use plastics such as water bottles) these findings aren’t surprising experts.

Plastic bottles and other debris has washed up on a beach in the Caribbean Sea.

To date, scientists have been unable to research the long-term health impact of ingesting plastics as they are yet to find a control group who haven’t been exposed to it.

“Everybody is being exposed to some degree at any given time, from gestation through death,” researchers from Johns Hopkins Bloomberg School of Public Health wrote back in 2013.

“Detectable levels of [the plastic] bisphenol A have been found in the urine of 95% of the adult population of the United states.”

Mason claims this research should serve as a wakeup call for both the health and environmentally conscious.

“I hope what comes from this is not that [consumers] just switch brands and try to find something that’s table salt or mined salt,” she said.

“People want to disconnect, and say, ‘It’s OK if I go to Starbucks everyday and get that disposable coffee cup…’”

“We have to focus on the flow of plastic and the pervasiveness of plastics in our society and find other materials to be using instead.”

7 Facts You Need To Know About Colds, According To A Doctor
contamination, micro plastics, pollution, salt
Latest Posts