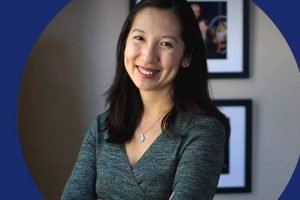 Blatimore’s health commissioner, Dr. Leana Wen, has been named the new president of Planned Parenthood. Wen is a Chinese immigrant whose parents fled to the U.S. after the Tiananmen Square protests of 1989. She grew up in Compton, California, according to The New York Times, and has been a success despite what some would characterize as a tough childhood.

Wen made a reputation for herself on the national level during the Baltimore riots of 2015, earning praise as a steady hand that helped calm the city during the tumultuous times it was undergoing. As an E.R. doctor and patient and community advocate, Wen has seen humanity at its best and worst — as touched upon on her George Washington University page where she served as a professor of emergency medicine prior to her appointment. She has written about what she sees as the greatest healthcare epidemics facing the U.S. extensively in numerous major newspapers and magazines, which are indexed on her Medium page.

In the past two years, Wen has taken her role as an advocate and healer seriously enough to take on the Trump administration when she felt their cuts to federal funding for healthcare went too far, per The New York Times. On her Mediumblog, she discussed her latest suit against the Trump administration on behalf of the Baltimore Health Commission, for “intentionally and unlawfully sabotaging the Affordable Care Act (ACA).”

She also filed suit on behalf of the city against the Trump administration, as cataloged via Medium, for cuts to teen pregnancy prevention education. So far, she has a good record against the Trump administration, winning each case that has been resolved up to this point. She has also been highly critical of the federal government’s handling of the opioid crisis, which she characterized as “deeply troubling” to the Baltimore Business Journal.

Wen will be only the second doctor to lead Planned Parenthood as president — the first in nearly 50 years according to The Baltimore Sun. Naomi Aberly, chair of Planned Parenthood Federation of America’s board of directors, called Wen a “dynamic public health leader,” in a statement announcing her appointment. In a statement accepting the position, seen in part at the Baltimore Sun, Wen stated that she was serving what she saw as the greatest need.

“A core principle in public health is to go where the need is. The single biggest public health catastrophe of our time is the threat to women’s health and the health of our most vulnerable communities.”

She went on to further discuss in more detail why she was leaving a job she took pride in — one that still needs strong direction — later in her statement. While she knows she can help on a local level, Wen felt it was time to do what she could on a national level according to WBAL.

“At this time in our nation’s history, there is one need that rises above all: the need to protect women’s health and the health of the most vulnerable communities. Planned Parenthood has done more for women’s health than any other organization. Yet, it is under daily assault from all three branches of government, and the consequence is the loss of hundreds of safety-net clinics around the country, the degradation of women’s rights, the distortion of the medical profession, and the cost of women’s lives.”