Home » Health News » Using your gut to fix your brain: We’re not quite there with psychobiotics just yet

Using your gut to fix your brain: We’re not quite there with psychobiotics just yet 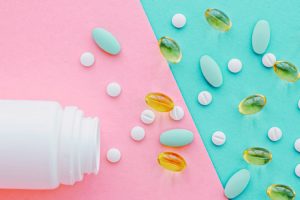 If, two decades ago, you told Dr Elisa Hill that she would end up working on how gut microbes influence the brain she would have said you were crazy.

But, a bet with a research colleague 10 years ago changed the neuroscientist’s mind. Hill, was researching autism in mice when a microbiologist collaborator suggested they analyse the mice poo. 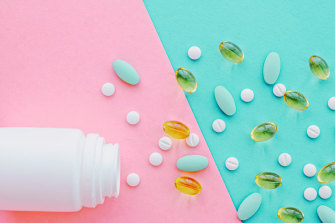 Psychobiotics are the new buzzword in gut health but what are they and do they work?Credit:Getty

“I said ‘C’mon it’s going to be the nervous system it has nothing to do with the poo’,” recalls Hill, an associate professor at RMIT. They made a bet.

The mice were genetically identical, housed together and given the same food, but some had an autism mutation whereas some did not.

When they examined the faecal matter of the mice, “lo and behold” there were differences in the microbiome – the bacteria, viruses, fungi, and microorganisms in the gut.

“It turns out that the mice (which are a model of autism) have gut problems as well as changes in the gut nervous system, and they also have altered gut microbes.”

Hill had stumbled across a new field of research, called the microbiome-gut-brain-axis, something that has since received increasing attention from people on all sides of the health fence. This is because of the growing understanding that our microbiome influences immunity, metabolism, and gastrointestinal health. The various compounds and chemicals, including serotonin, GABA dopamine and cortisol, that are produced by our gut bacteria also play a fundamental role in brain health, and mental wellbeing too.

“Quite often, if there’s an issue with the brain, usually we see gut problems as well,” says Hill. The same goes for the microbiomes of people with depression, bipolar and schizophrenia.

This knowledge has led to the emergence of “psychobiotics”, a relatively new term for microbiome-targeted therapies for brain health, including faecal microbial transplants, diet, pre and probiotics. The idea is that if we can change our guts, maybe we can change our minds.

They are a hot topic for researchers, who are exploring their use for a range of psychiatric and neurological conditions. The global probiotics market grew from US$39 billion in 2016 to US$58 billion in 2021. Increasingly, supplements are marketed as boosting cognitive function, mood and mental energy. We consume fermented foods like kim chi, yoghurt and kombucha, not just for our bodies but for our brains. Even faecal transplants – in the form of “crapsules” – have become more palatable. Slightly.

Despite this interest, what does the research say?

Evidence suggests that the Mediterranean diet can be an effective adjunctive treatment for depression, in part because of the way it changes our microbiome, increasing health-promoting microbes (eg, F prausnitzii, Bifidobacterium spp).

In a paper, co-authored by Staudacher, and published in the May edition of Lancet Gastroenterology and Hepatology, she adds that some probiotics, such as Lactobacillus and Bifidobacterium strains, may reduce the severity of depressive symptoms compared with placebo, when taken for several weeks.

In March, in a world first, it was revealed that after two Australians with bipolar were given poo transplants their symptoms improved.

A growing body of research also suggests psychobiotics may improve the symptoms of some neurological conditions.

But, research is in its early days and many questions remain like what is a healthy microbiome? Is it the same for one person as another? Are different diets helpful for different people? If someone takes a probiotic what dose makes a difference, which type is best and do different microbiomes react differently to the same treatments?

“It is not yet possible to define the optimal gut microbiome, and therefore make recommendations as to how to achieve one,” wrote Staudacher and a colleague in a separate paper published last year. They added: “The growing evidence that metabolic responses to meals are highly individualised suggests that the best diet for one person may not be so for another.”

Dr Caitlin Cowan, a researcher in the microbiota-gut-brain axis at the University of Sydney, points out that most psychobiotic studies have been in animals and results in the human studies, to date, have been mixed.

“I certainly don’t think we’re at the stage of prescribing psychobiotics for mental health problems yet – we still have a lot to learn about their effectiveness,” says Cowan, who doesn’t take probiotics regularly as there’s not enough evidence that probiotics help healthy individuals.

“Probiotics have definitely become big business. They appeal to a lot of people, but the health claims are not closely regulated, so you should consult a professional about whether a specific probiotic might be helpful for your specific problem.”

Staudacher concurs: “It is likely that not all products are effective.”

Even those that are, won’t work for everyone. “We don’t know why this is, and it might be that certain microbiome profiles are more receptive to these modulating effects,” she says.

And this highlights the promise of and problem with psychobiotics: they have the potential to be game-changing, says Hill. But many supplement companies and unqualified individuals are prematurely hyping psychobiotics.

“There is this opportunity to tweak the immune system starting with the bacteria and maybe tweak the nervous system the same way, maybe get to the brain, by treating the gut,” says Hill. “That’s super exciting. We’re seeing data giving us glimpses that these connections certainly exist… I think that has knock-on effects for things like cancer, you name it, brain disorders.”

Still, she pauses and says they are not there yet. The study of psychobiotics is in its infancy, she stresses “but it’s a really great area of research to be in.”

Make the most of your health, relationships, fitness and nutrition with our Live Well newsletter. Get it in your inbox every Monday.