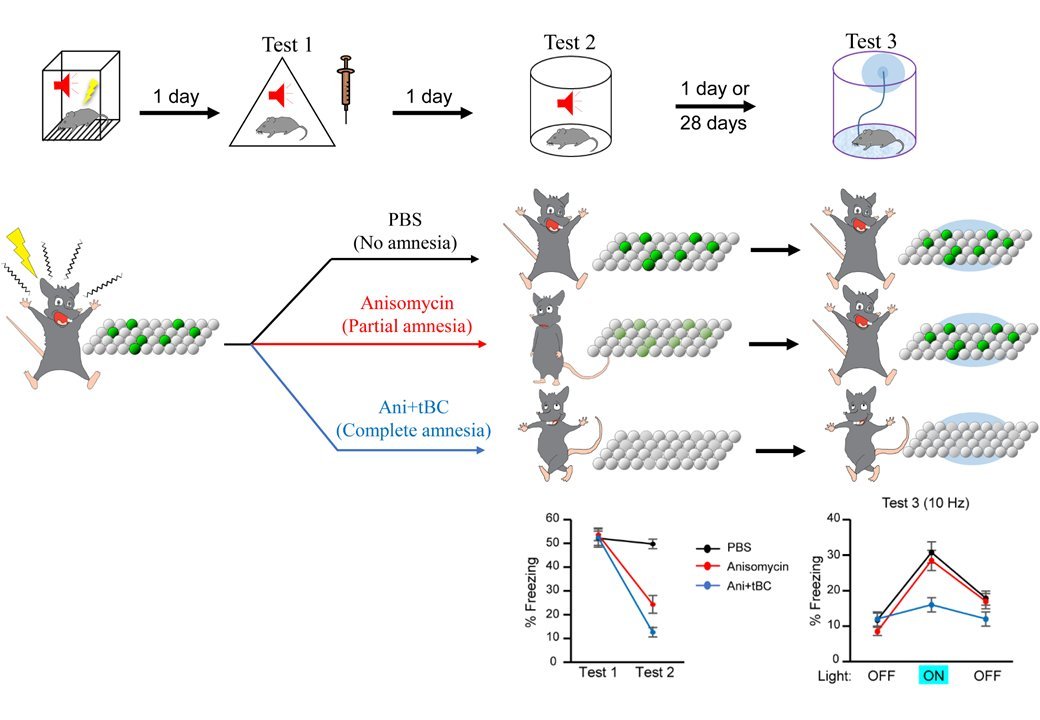 Memories are formed through long-term changes in synaptic efficacy, a process known as synaptic plasticity, and are stored in the brain in specific neuronal ensembles called engram cells, which are activated during corresponding events. When two memories are associated, cell ensembles corresponding to each memory overlap. However, each memory has its own identity. How the brain stores and defines a specific memory identity when two memories interact and are encoded in the shared ensemble was elusive. Now, a research team led by Dr. Kaoru Inokuchi at the University of Toyama shows that synapse-specific plasticity represents specific memory entities, and that synaptic plasticity between specific engram assemblies is both sufficient and crucial for information storage.

They exposed mice to auditory fear conditioning in which a tone was associated with a foot shock. Synaptic plasticity between the auditory cortex (AC) and the medial part of medial geniculate nucleus (MGm) neuron terminals and the lateral amygdala (LA) neurons mediates this association. After complete retrograde amnesia, optogenetic stimulation of the activated ensemble terminals of the AC and the MGm in the LA failed to induce fear memory recall (Figure 1), indicating that the memory engram no longer existed in that circuit. This result was correlated with the resetting of synaptic strength and functional connectivity between engram assemblies.

Next, mice were fear conditioned to two different tones, separated by five hours. Therefore, the two memory traces interacted and overlapped in LA. Complete retrograde amnesia of a given fear memory did not affect the linked fear memory encoded in the shared ensemble (Figure 2), indicating that memories are stored in specific synapses.

Then, the researchers addressed the question of how each memory reserves its individual identity within the shared ensemble. They used optical long-term depression (LTD) to depotentiate the synaptic efficacy in synapses specific for certain memory. Depotentiation of the plasticity at synapses specific to one memory deconstructed the specific connectivity between engram assemblies, thereby affected the recall of only that memory without influencing the linked memory in the same population of neurons (Figure 3). Thus, sharing of engram cells underlies the linkage between memories, while synapse-specific plasticity guarantees the identity and storage of individual memories. 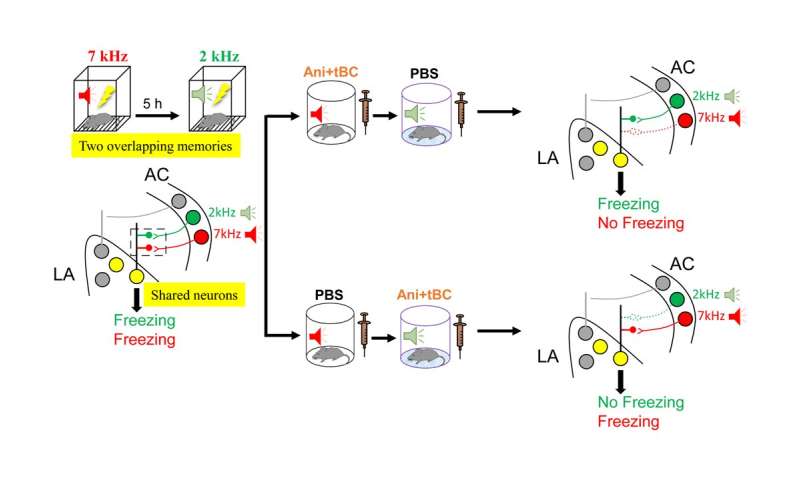 The findings demonstrate that synapse-specific plasticity is necessary and sufficient for associative fear memory storage, and it guarantees uniqueness to the memory trace, advocating the plasticity as a substrate for the fear memory engram. Furthermore, they achieved selective and total erasure of fear memory from an engram network without affecting other memories stored in the shared ensemble by resetting the plasticity in a synapse-specific manner. This leads to better understanding of the mechanisms underlying memory storage, and may give insight into therapeutic ways to treat post-traumatic stress disorder. 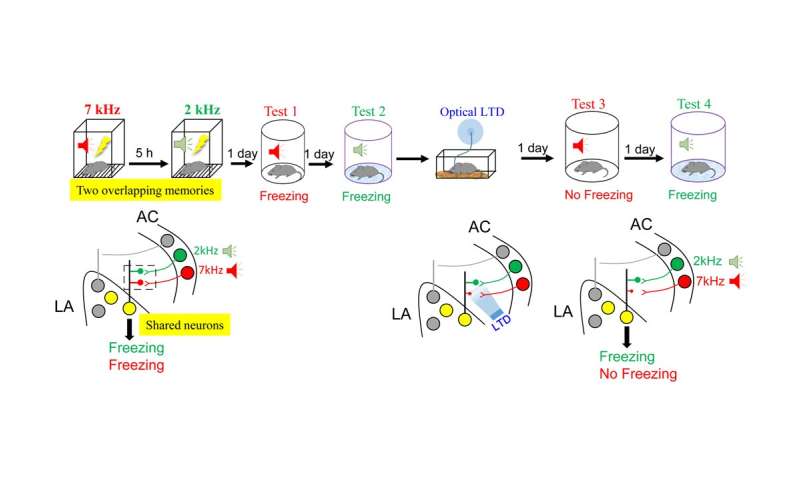