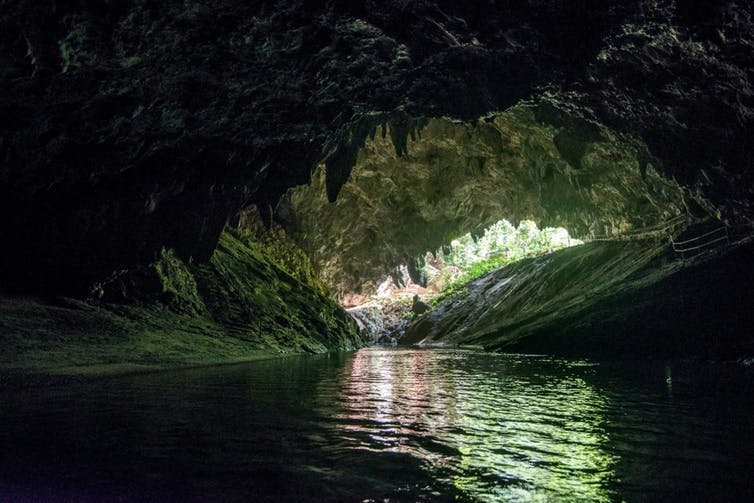 ,When 12 young footballers and their coach entered the Tham Luang Nang Non cave in Thailand, it was supposed to be a fun outing after football practice. But when a torrent of flood water rushed in after heavy rain, the group became trapped on a small rock shelf deep inside the cave’s vast network of tunnels.

It was nine days before two British divers, John Volanthen and Richard Stanton, located the group – mercifully alive and apparently in good physical and mental health. But how do people cope with such life-threatening events? And why is it important to focus on psychological, as well as physiological impact?

When the boys first became aware that they were facing a life-threatening situation they would have experienced a number of physiological reactions. Fight or flight responses, such as an increase in heart rate, would have kicked in immediately, designed to help us stay alive.

But despite their physiological benefits, these neurochemical changes can affect our brain, and impair our mental functioning. During the initial stages of an emergency situation our brains may perform poorly, potentially resulting in poor decision-making and memory failures. Fortunately, when the flood waters came crashing in, the Thai footballers and coach appear to have remained level headed. They were able to control feelings of panic, and made the rational decision to find a safe place and wait.

As the immediate danger from the flood waters receded, more long-term survival needs will have come into focus. Everyone knows that the human body has basic physical requirement: an adequate supply of food, water and warmth. What people often forget is that brain function is also sensitive to environmental factors. When exposed to the elements, dehydrated, hungry, or suffering from sleep deprivation, the human brain cannot function within its normal operating parameters.

In these conditions people can make poor decisions which can put them at risk. The Thai footballers seem to have managed to keep themselves hydrated, and although they were clearly hungry when they were found, they appeared cognitively intact, looking alert and asking appropriate questions. Again, this shows that the boys and their coach managed to stay both physically and psychologically healthy during the nine long days they spent waiting in the dark.

In a survival situation, your mental health is just as important as your physical health. Maintaining a positive attitude is crucial: people who remain optimistic are more likely to think that adverse events are controllable, and so are more likely to undertake positive behaviours to try and survive. Pessimistic thinking increases feelings of anxiety and helplessness, which can stop people from trying to proactively improve their situation.

In extreme cases, people can give up mentally, withdraw into themselves, and even die. This is known as psychogenic death, essentially giving up. From the early footage, the footballers seem to have managed to stay positive while awaiting rescue. They are seen laughing and joking with the divers – a very promising sign.

Another way to maintain mental strength is to draw on any social support available in the situation. This can be a friend or family member: anyone you feel you can count on in a time of need. It is thought that this kind of support can act as a buffer, and when we face danger in good company we perceive the situation to be less threatening than we would if we were alone. The fact that the Thai footballers have been able to draw on each other through their ordeal will have been a big boost to their mental health.

Currently the footballers appear in good spirits, so the next challenge is to remove them safely from the cave. Two main options have been put forward. First, teaching them to swim and use diving equipment, so they can leave the cave the same way their rescuers came in. Or option two, to leave the boys in the cave for the duration of the rainy season, which could last four to five months.

This is certainly possible, and we know that people frequently live, and adapt well in extreme environments. Sailors on submarines or yachts can spend long periods living in cramped conditions, as long as their basic needs are met and they adjust psychologically to their living conditions. In fact, in 2010 a group of 33 Chilean miners survived 69 days before they were rescued.

Once the 12 boys and their coach are rescued they will need to re-adapt to their everyday lives, and some are worried that they might suffer long-term mental health problems as a result of their experience. To this day some of the Chilean miners report struggling to hold down jobs and some experience harrowing flashbacks to their time spent underground.