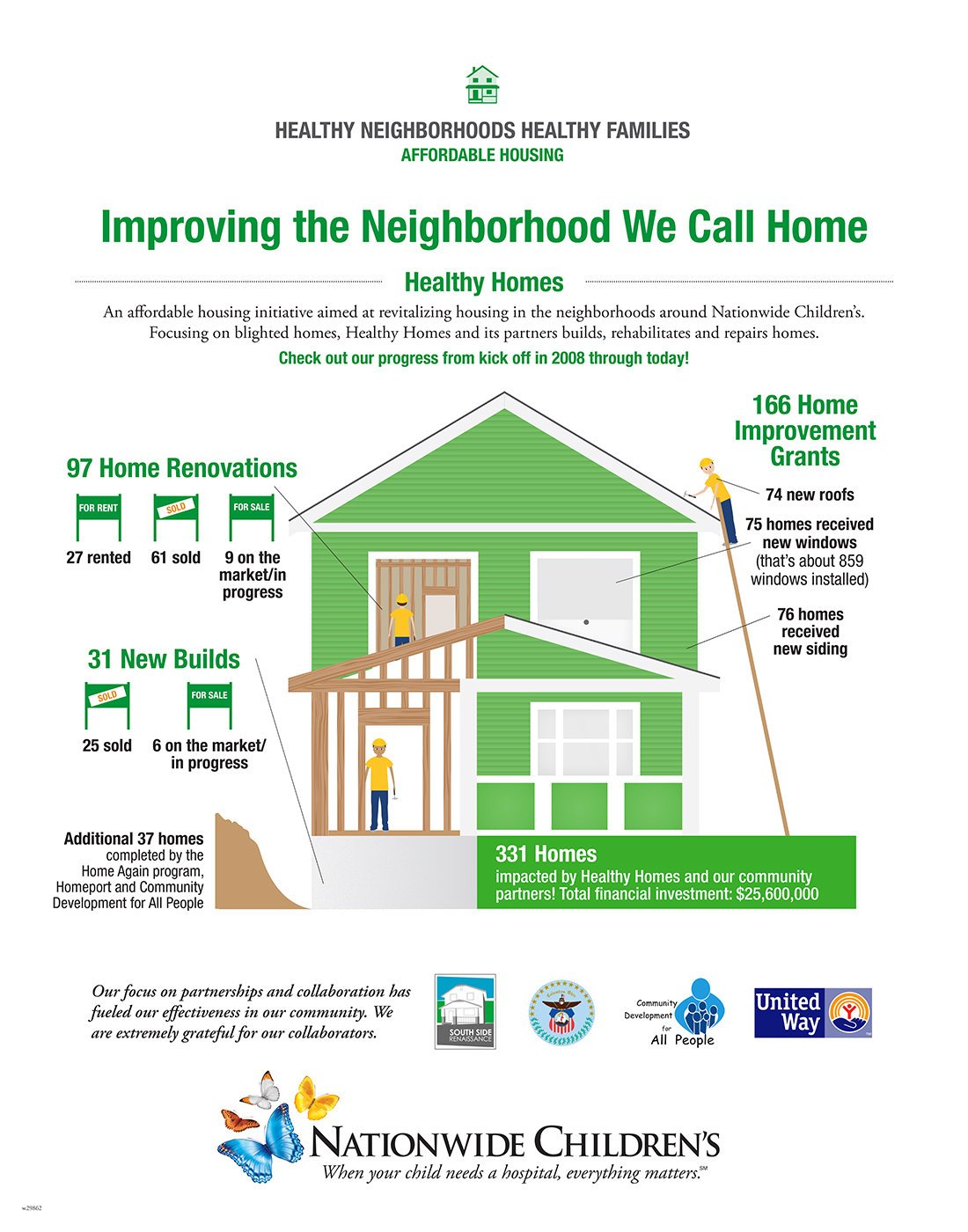 In a recent publication in the journal Pediatrics, researchers from Nationwide Children’s Hospital present a case study for treating a neighborhood as a patient.

In a novel approach to improving outcomes for these children, Nationwide Children’s leaders with community partners decided to address neighborhood effect syndrome as a target for pediatric health care—treating the neighborhood as a patient. In 2008, Nationwide Children’s began collaborating with residents, government entities and social services agencies to develop the Healthy Neighborhoods Healthy Families (HNHF) initiative.

The hospital’s first patient neighborhood was the Southern Orchards neighborhood of Columbus, Ohio, located adjacent to the Nationwide Children’s main campus. Before the intervention, the neighborhood experienced high rates of poverty and violent crime.

“The Southern Orchards neighborhood, right by the hospital, was one with gun violence, high infant mortality rates and high asthma rates in children,” says Kelly J. Kelleher, MD, director of the Center for Innovation in Pediatric Practice at Nationwide Children’s and lead author of the publication. “Houses were boarded up and vacant. You didn’t see kids playing outside much.”

The chief concern uncovered through multiple sources of data and information was neighborhood safety associated with population loss and surge in vacant and abandoned property.

“Residents were deeply concerned about blight and gang/drug activity, including on vacant properties in proximity to the school,” says Dr. Kelleher. “Our primary target for intervention became housing. Our collaboration committed to renovating, building and developing mixed income housing to reduce crime, improve the vacancy rate and better family outcomes.”

According to Dr. Kelleher, the publication describes $23 million invested in upgrading more than 300 homes through the HNHF Realty Collaborative, which was formed with not-for-profit development corporation, Community Development For All People. The entity is owned by Community Development For All People with a board of directors selected by the two groups. To date, the investment has grown to more than $40 million.

The partnership, with collaboration from the Columbus Mayor’s Office, accessed Neighborhood Stabilization Program funds from the city, acquired properties from the city’s Land Bank program and gathered support from contractors and realty agents.

The community development efforts by the HNHF Realty Collaborative are still in early phases, considering Southern Orchards has experienced neighborhood effects syndrome for 80 years. Still, some measurable outcomes are observed:

7 Things You Should Never Say to a Woman Recovering From Childbirth
a, An, at, begins, Can, early, happen, health, Look, pediatric, system, to, treat, what, when
Latest Posts