Home » Kids Health » The internet is calling this Costco worker a hero. Here’s why

The internet is calling this Costco worker a hero. Here’s why 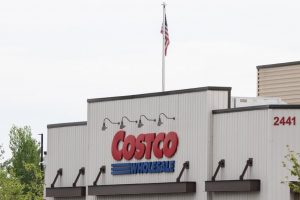 The internet is a fickle beast, no one can dispute that. Really, there is no way you can ever please more than half the people on social media at any given time. Case in point: The same internet that was so vocal about calling for a boycott of Costco after the grocery giant rolled out new rules requiring shoppers to wear face masks is now lionizing a Costco worker who enforced that same rule.

As a matter of fact, the viral video which made a hero out of this Costco employee didn’t have quite the effect it was intended to produce — it was posted on Reddit by a shopper who’d been booted out of his local Costco by the manager, in a clip obviously meant to elicit sympathy and outrage amongst other face mask-refusers. Evidently that didn’t happen — although the original video was removed after being “downvoted into oblivion,” it was captured and re-posted by other Redditors solely for the purposes of roasting “Costco Kevin” and lauding the manager (whose name, according to his badge, is Tison).

The viral video did not have its intended effect

This video posted by the man MarketWatch has dubbed the latest contender to be crowned “King of the Covidiots” shows manager Tison politely explaining to the camera that company policy requires shoppers to be masked (as Tison himself is), but then shopper Kevin turns the camera on himself and states: “I’m not doing it ’cause I woke up in a free country.” Tison, undeterred, removes Kevin’s cart and tells him he’s no longer welcome in the store, then just walks away with a still polite, yet firm, “Please leave, thank you very much.” Kevin’s response, filmed for posterity, of course, was full of plenty of unkind words aimed at Tison.

Not content to leave ill enough alone, Kevin continued his ranting at home in another no longer available Reddit video later posted by TMZ. “I’ve got every f****** right to not wear a mask anywhere because this isn’t about wearing a mask, this is about control.” He ended by claiming that anyone wearing masks are sheep, but included several colorful expletives.

How the internet reacted to this act of defiance

Well, evidently all the docile little sheep who do obey Costco’s rules turned into wolves on social media, savaging Kevin with comments like these ones on a reposting of his video by Twitter user ONLY iN LVNV. “Did you wake up owning Costco? No? Then put on a mask or get out of the store,” one user stated. Another said, “Same kind of people that don’t understand a certain “S” word but use the library, call the police and fire dept when they need to, have streets and sanitation maintained, send their kids to public schools, and took the $1200 from their president,” while one more Tison support mused, “he stands there wearing shirt & shoes. Carrying govt i.d. Flashed his club card to get in Drove his registered vehicle. Stopped for the red lights on the drive. Draws the line at infection control…..”

On the other hand, however, manager Tison gets all the props, with commenters saying things like, “he handled that well firm but fair,” “Tison is THE MAN!!” and “Costco team member of THE YEAR took his crap back to where it came!!” There are even hashtags #WeLoveTison and #CostcoStrong celebrating Tison’s new hero status. If anyone deserves a a bonus (and a promotion) for going above and beyond in these troubled times for grocery store workers, that someone would have to be Tison, King of Costco.

Alicia Keys' 'Underdog' Is the Song Our Kids Need This Year
a, calling, Costco, Here's, hero., Internet, Is, the, This, Why, worker
Latest Posts