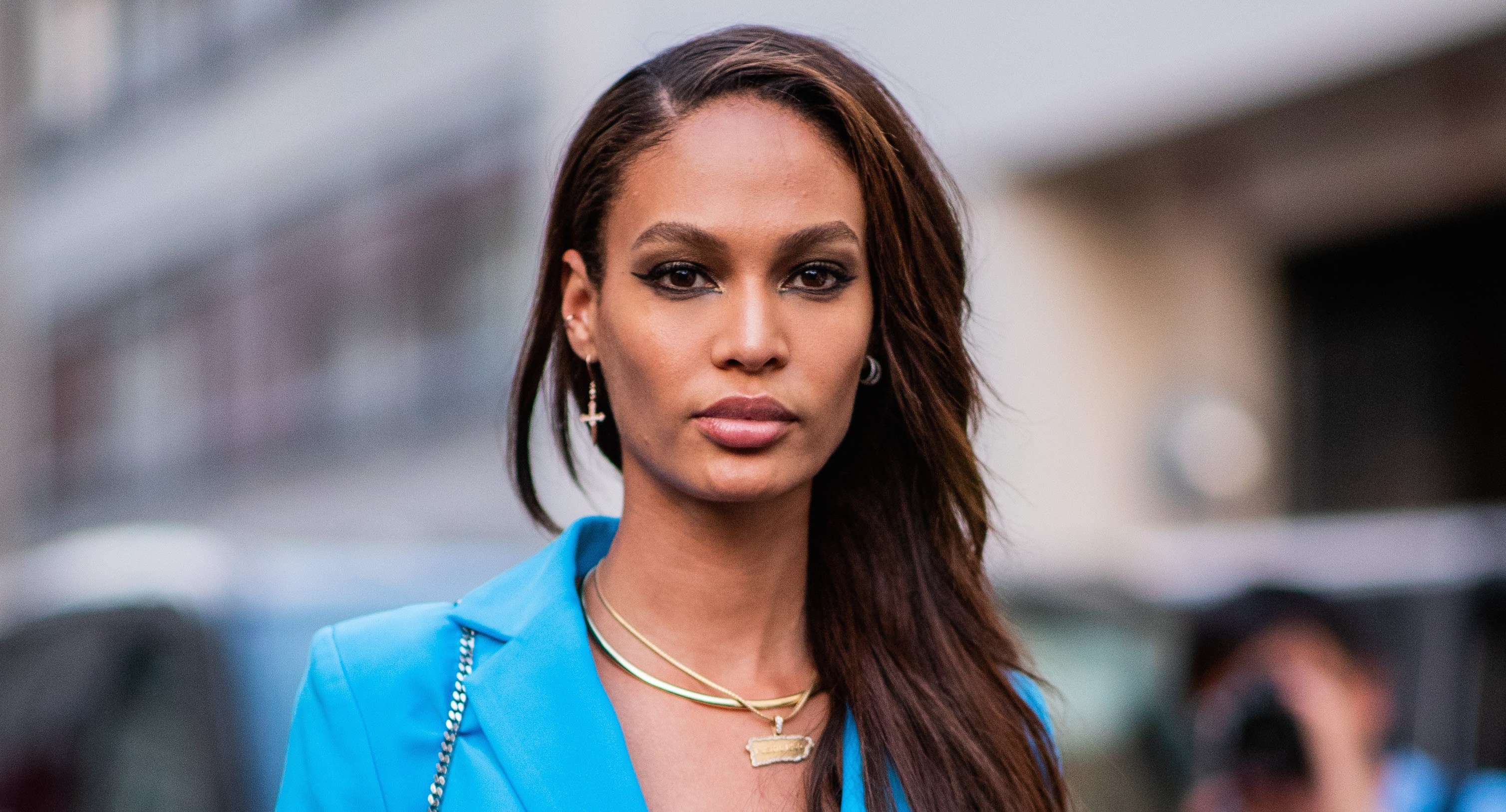 I've heard of some pretty wacky contour hacks in my time, from a pre-makeup DIY mask to using a spoon as a guide, but the one Joan Smalls recently revealed she's been using strikes me as both brilliant and a potentially terribly idea. Apparently, the supermodel has been using sunscreen as a means of highlighting and contouring her (already structurally exquisite) face.

If I had been left to my own devices to figure out how sunscreen can factor into contouring, I don't know if I ever would have landed on the answer. Luckily, Smalls explained it to Us Weekly at a Bacardi National Rum Day Event on Thursday. She said that someone once told her to essentially apply sunscreen like highlighter: to the high points of the face like cheekbones and the bridge of the nose. That's because most sunscreens have a bit of a sheen, creating a highlighter-like effect.

But that's not the only reason she applies sunscreen to those particular areas. "It makes the skin lighter because you’re not tanning as much there," Smalls told Us Weekly. In other words, while the sunscreen on the high points of your face will keep that skin from tanning as much, the sun will darken the parts of your face where you haven't applied sunscreen — the areas you'd typically darken with makeup when contouring.

I have to admit, it's pretty clever, but it also seems very misguided. I, for one, never purposely try to tan, but on days when extended sun exposure is inevitable, I just wouldn't feel right applying sunscreen to only some parts of my face, leaving the others more susceptible to sun damage. And dermatologists would probably yell at me if I did. ""Cover your entire face with sunscreen," New York City-based dermatologist Debra Jaliman told Allure last year, and I'm pretty she and her fellow skin doctors haven't changed their minds since then.

So while it's a great idea to apply sunscreen to the high points of your face, it's an even better idea to apply it to your whole face — and any exposed skin elsewhere on your body — and stick to your favorite makeup products for a contoured look.