Chelsea Clinton’s She Persisted: A lesson in feminism for early readers 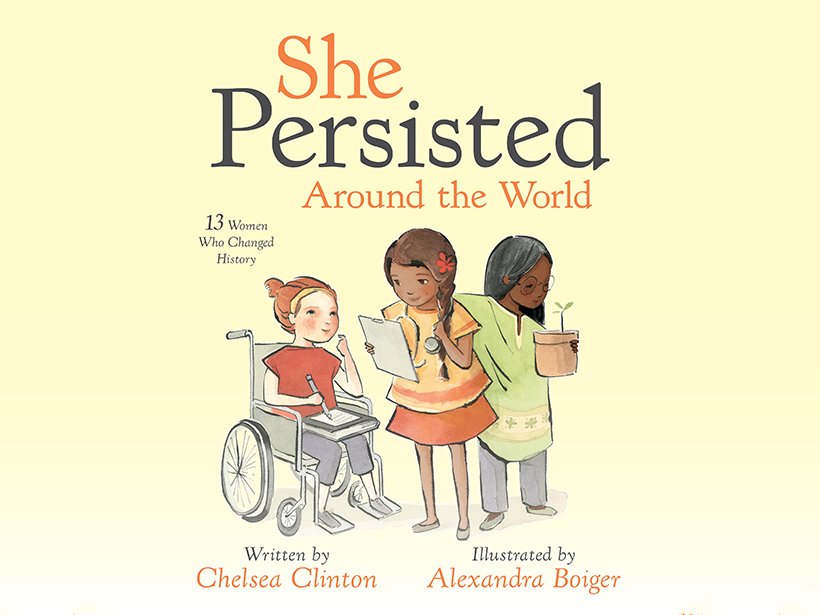 It’s never too early to start teaching lessons in feminism to little girls…or boys! Chelsea Clinton’s She Persisted Around the World: 13 Women Who Changed History is the ideal introduction to a world where women have fearlessly taken on the world. A companion to her earlier work, She Persisted: 13 American Women Who Changed the World, it’s perfect for early readers or even a read aloud to little children. Alexandra Boiger’s artwork brings the story alive, as the profiles span the fields of science, arts, sports and activism, profiling women who have shaped history. The book is meant for “everyone who has ever aimed high and been told to step down, for everyone who has ever raised their voice and been told to quiet down, and for everyone who has ever felt small, unimportant or unworthy.” 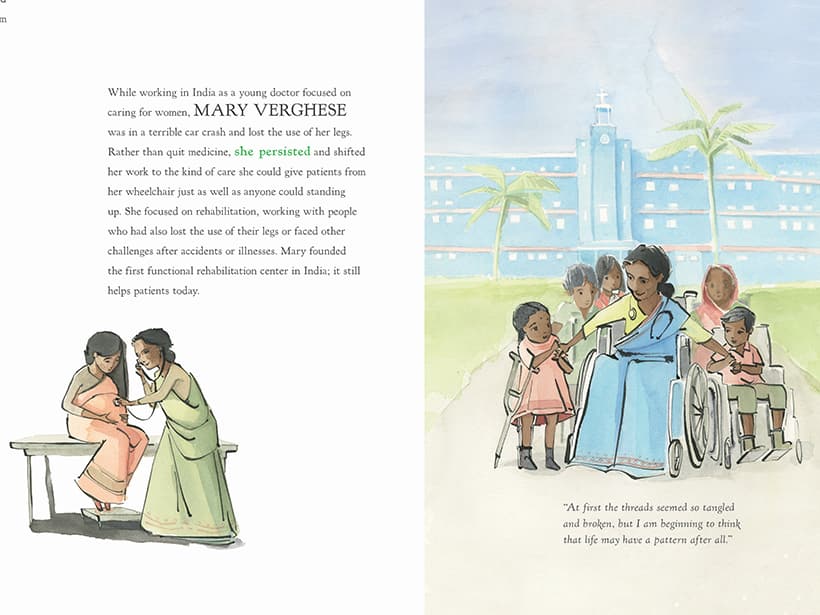 The message is clear: “And all over the world, girls are more likely to be told to be quiet, to sit down and have smaller dreams. Don’t listen to those voices. These thirteen women from across the world didn’t. They persisted.” In the words of one inspirational woman, Wangari Mathai, “I don’t really know why I care so much. I just have something inside me that tells me that there is a problem, and I have got to do something about it.”

The 13 women profiled in She Persisted, include Sor Juana Ines de la Cruz, self-taught scholar and philosopher from Mexico; Caroline Herschel, from Germany, who became the first woman to discover a comet; Marie Curie, first person in the world to receive two Nobel Prizes; Mary Verghese, an Indian physician who started the country’s first rehabilitation centre; Malala Yousafzai, Pakistani activist and youngest Nobel Prize winner, and ‘Sissi’ Lima do Amor, ‘Queen of Brazilian football’, among others.