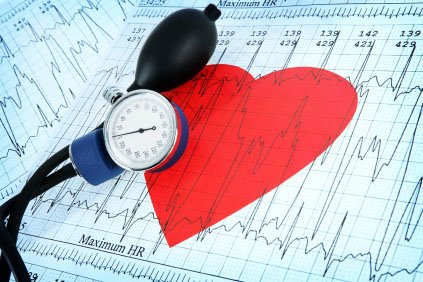 Pregnant women who develop high blood pressure, or have small babies, may have hearts that pump less blood with each beat.

The study, led by Imperial College London and researchers from the Universities of Bristol and Cambridge, also suggest pregnant women who develop high blood pressure (pre-eclampsia), or fetal growth restriction (where a baby’s growth slows or stops before birth), may have differences in their blood circulation.

The team tracked the health of over 200 women before and during pregnancy—15 went on to develop pre-eclampsia or fetal growth restriction (FGR). Pre-eclampsia and FGR are thought to have similar causes, and have previously been linked to abnormalities with the development of the placenta.

However the scientists say the findings suggest women who develop the conditions may have pre-existing cardiovascular differences—which could open avenues for prevention and treatment.

They stressed that the women’s heart function and blood circulation were still in the normal range, despite these differences.

Dr. Christoph Lees, lead author from the Department of Surgery and Cancer at Imperial, said: “Pre-eclampsia and fetal growth restriction can have serious consequences for mother and baby, yet we’re still largely in the dark about their root cause—and how to prevent them. These findings suggest pre-existing issues with the heart and circulation may play a role—and provide an important piece of the jigsaw puzzle.”

He added the work may also help explain why previous studies have found women who develop pre-eclampsia and FGR may be at higher risk of heart disease and stroke later in life.

Preeclampsia is a condition that only occurs during pregnancy. It is diagnosed by high blood pressure in the mother, usually after 24 weeks of pregnancy. The condition affects one in 20 pregnancies and although most cases of pre-eclampsia cause no serious problems, in severe cases the condition can endanger the lives of both mother and child. It’s estimated around 1,000 babies die every year because of pre-eclampsia, with most of the deaths due to premature birth.

The scientists originally recruited 494 healthy women to the study, all of whom were hoping to become pregnant within the next year. Out of these women, 218 became pregnant and were available for analysis, and 15 of these pregnancies (almost seven per cent) were affected by pre-eclampsia or reduced fetal growth.

Before becoming pregnant, all women had tests to assess heart function and blood circulation. All of the women were outwardly healthy, with a normal weight and blood pressure. If a woman in the study was diagnosed with pre-eclampsia or FGR during the research, the scientists analysed her test results from before she became pregnant, and in the early stages of her pregnancy. They then compared these with women who had a healthy pregnancy.

The results revealed that although the women’s heart and blood pressure were still in the healthy range, their hearts pumped 16 per cent less [CL1] blood per minute than the women who had healthy pregnancies, and their blood vessels were 17 per cent more [CL2] resistant to blood flow. This caused their blood pressure to be slightly higher, but still normal.

He said although pre-eclampsia and fetal growth restriction had previously been linked to abnormalities with the placenta, these results suggest cardiovascular differences may also play a role. “The placenta only develops a few weeks into pregnancy, but we found that heart and circulation differences existed well before the placenta developed.”

Future work will also help establish if screening pregnant women’s heart function would be feasible for identifying the risk of pre-eclampsia.

The team is also investigating other strategies for preventing the condition.

“Although the women in this study weren’t overweight, we know that obesity is associated with the conditions,” added Dr. Lees “But if improving heart function and circulation could potentially reduce risk of the condition, then healthy living recommendations early in pregnancy may prove beneficial.”

The team is now exploring whether making dietary changes, encouraging overweight women to lose weight, and increasing exercise before or during pregnancy can reduce the risk of developing pre-eclampsia and FGR.