Please Tell Me It’s Normal To Have Stringy Poop 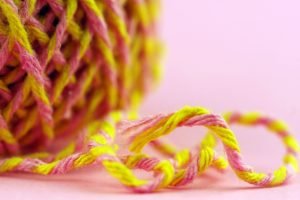 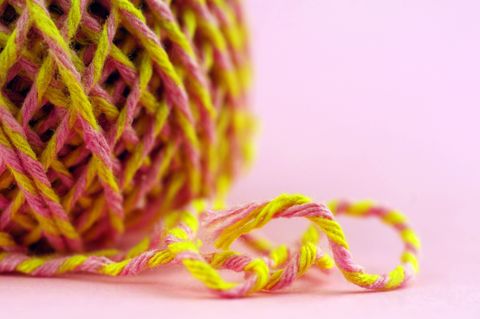 Be real for a sec: You probably inspect your poop so often you could do a PowerPoint presentation on your daily BMs. (No shame, really! Examine that poo all you want.)

Most of the time, whatever’s in the toilet looks pretty standard: brown and log-like, TBH. So when something’s very clearly off—like if your poop is pencil-thin and kinda stringy-looking—it’s alarming AF.

First: Take a deep breath—stringy poop is likely not as bad as you think. Yes, even if your poop looks like you ran it through a Play-Doh pasta maker.

Okay, why does my poop look stringy?

Let’s get something out of the way first: You’ve probably heard that stringy poop can be a sign of colorectal cancer and, yes, that’s true, says Kyle Staller, M.D., a gastroenterologist at Massachusetts General Hospital. But it’s way more common that stringy poop is caused by something much more innocent, he says.

Namely, it could be that your poop is just moving through your colon really fast and creating a thin, stringy appearance in the process. That could be due to something as simple as a change in your diet, says Benjamin Lebwohl, M.D., a gastroenterologist at NewYork-Presbyterian/Columbia University Medical Center.

“Aside from diet, other factors that can affect the frequency of bowel movements include a change in physical activity, fluid intake, travel, stress, or other disruptions to one’s routine,” he says. “Typically, moving around less, sitting for prolonged periods, and being relatively dehydrated can slow the bowels down, and this can result in a change in shape.”

Should I be worried about my stringy poop?

Not really, says Anton Bilchik, M.D., Ph.D., professor of surgery and chief of gastrointestinal research at John Wayne Cancer Institute at Providence Saint John’s Health Center in Santa Monica, Calif. “This can be a normal type of stool,” he says. “Some people have thin and stringy stools; some people have larger bowel movements.”

That said, you should be a little concerned if you’ve been having big, bulky poop and then suddenly you’re having thin, stringy poop that won’t quit, says Ashkan Farhadi, M.D., a gastroenterologist at MemorialCare Orange Coast Medical Center and director of MemorialCare Medical Group’s Digestive Disease Project in Fountain Valley, Calif. That’s especially true if it also comes along with bloody poop and abdominal pain, Staller says, who recommends seeing your doctor ASAP, if that’s the case.

How can I take care of my stringy poop situation?

If you’re just having stringy poop and you have no other symptoms, it’s a good idea to try to bulk up the fiber in your diet and see where that gets you, Staller says. That could mean eating more high-fiber foods (like whole grains and beans) or taking a supplement like Metamucil.

But if you’re having other symptoms along with your stringy poop, or it came out of nowhere and won’t stop, it’s a good idea to check in with a doctor, just in case. Your doctor will typically examine you and, if they think it’s necessary, may order a colonoscopy, Lebwohl says.

One thing to keep in mind (and put you at ease): “When we do a colonoscopy to evaluate long stringy bowel movements, the great majority of the time we find no structural abnormality and no cancer,” he says.

Again, if you’re just having stringy poop here and there, don’t panic. You probably ate something funky or you’ve changed up how much you’re drinking—and it’s totally normal.

Newly identified structure in lymph nodes was ‘hiding in plain sight’: The new micro-organ is the place where the immune system ‘remembers’ diseases it has been vaccinated against
pencil thin stool, stringy poop
Latest Posts