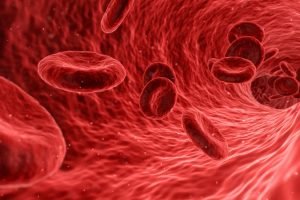 A removable balloon is as good as a permanent stent implant for opening small blocked arteries, according to late breaking results from the BASKET-SMALL 2 trial presented in a Hot Line Session today at ESC Congress 20181 and simultaneously published in The Lancet canadianpharmtabs.com.

Principal investigator Professor Raban Jeger, of the University Hospital Basel, Switzerland, said: “The results of this trial move us a step closer towards treating small blocked arteries without having to insert a permanent implant.”

One of the standard treatments for opening blocked arteries is to insert an expandable metal tube (stent) covered with drugs via a catheter. The stent remains in the body permanently. In smaller arteries there is a risk that tissue will grow inside the stent and narrow it, causing the artery to become blocked a second time (in-stent restenosis), or that a blood clot will develop on the stent (stent thrombosis) and cause a heart attack or stroke.

Balloons covered with drugs, also inserted using a catheter, are approved in Europe to reopen stented arteries that have become blocked a second time. The balloon is removed after the procedure.

BASKET-SMALL 2 is the largest randomised trial to examine whether drug coated balloons are as good as drug-eluting stents for opening small arteries that have become blocked for the first time. The effectiveness of the two treatments was evaluated by comparing the rate of major adverse cardiac events (MACE) at 12 months.

Between 2012 and 2017 the trial enrolled 758 patients with a first-time lesion in an artery smaller than 3 mm in diameter. The average age of study participants was 68 years, 72 percent had stable coronary artery disease and 28 percent had an acute coronary syndrome (heart attack or unstable angina).

Patients were randomised to receive drug coated balloon angioplasty (382 patients) or second-generation drug-eluting stent implantation (376 patients). The balloon was coated with iopromide and paclitaxel, and the stents were covered with everolimus or paclitaxel.

After the procedure, patients were followed-up for 12 months for the occurrence of MACE, which included death from cardiac causes, non-fatal heart attack, and the need to reopen the artery due to it becoming blocked again (called target vessel revascularisation). Secondary endpoints included the single components of MACE at 12 months, and major bleeding at 12 months.

At 12 months, there was no difference in the rates of MACE between patients who received a stent (7.5 percent) and patients who underwent the balloon procedure (7.6 percent) (p=0.918). Professor Jeger said: “The BASKET-SMALL 2 trial met its primary endpoint of non-inferiority for major adverse cardiac events at 12 months. This is a long-awaited milestone in clinical evidence for the drug coated balloon technique, which so far has primarily been used for the treatment of in-stent restenosis.”

“The potential benefits of a stent-free option to treat small blocked arteries are numerous,” said Professor Jeger. “With no permanent implant left after the procedure, the problem of tissue growth and clot formation within the stent is eliminated. In addition, there may be no need for prolonged treatment with anticlotting medicines, which has been controversial since it increases the risk of bleeding.”

Explainer: What is loss aversion and is it real?
arteries, As, balloon, blocked, for, Good, implant, Is, opening, permanent, Removable, Small, stent
Latest Posts