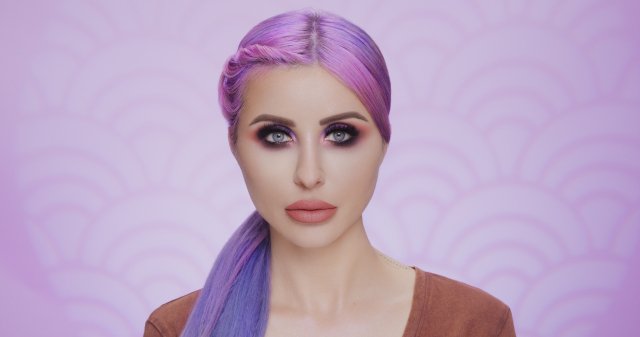 Less than a month after private equity firm TPG Capital announced its minority investment in Anastasia Beverly Hills, the brand debuted its latest eye shadow palette that was somewhat of a new twist.
Called Norvina, the name of Anastasia's president Claudia Soare’s Instagram handle, the palette has a very personal connection to Soare. Those familiar with the launch also believe it will pull in a new group of users to the brand, as well. Industry sources estimate the company’s sales exceed $350 million. Anastasia Beverly Hills did not comment on sales. When TPG’s backing was announced in June, both companies said there are plans to ramp up e-commerce and international expansion. Product innovation will continue to play a big role in the company's blueprint for growth, as well.
“I like to look for blind spots in the market. It is never the best decision to just bring out new for the sake of new,” Soare said. “We’ve never done a cool tone and such a colorful palette . It is more pastel-ly with a color matrix that was missing from the brand. The fact that it went over so well made me super happy.”
Norvina was first teased on both the Anastasia Instagram — 17.4 million followers — and Norvina — 1.3 million followers. The palette began being sold on the Anastasia site on July 17, followed by physical distribution in Ulta Beauty this week and will be in all retail partners including Sephora, Macy’s, Dillard's and Nordstrom next week.
Already the eye shadow collection, which retails for $42, is proving to be powerful. “It is very consumer driven. I posted on a Friday and by Saturday I was shocked to see it everywhere,” Soare said in response to postings by influencers and fans. The photo used to herald its launch received more than 1 million likes. The consumer traction has Soare considering launching more products under the Norvina moniker.
Beyond a detour as far as shades typically associated with Anastasia, the palette was the first to feature seven shimmers and seven mattes. “Usually we skew more to mattes. This has cool tones — purples and pinks. This one was fun for me. It is more wearable and is young, sweet and cute and could definitely reach a younger demographic,” Soare said.
Despite the industry’s push for fast product launches, Soare believes it is critical to not fatigue the consumer. “The trend to something new every 45 days is just too much pressure. You want to give the customer something nice, but not overwhelm them.”
Anastasia just refreshed its online shopping experience with better visuals and faster shipping including two-day turnaround. The compressed shipment came into play with the launch of Norvina. “You have to be nimble and ready for the engagement as fast as possible, especially with a new launch that got a lot of hype like Norvina,” Soare said, adding most of the palettes shipped out in two days.
Soare hopes to broaden the product array to appeal to consumers beyond its audience that are typically savvy makeup enthusiasts to beauty novices. She is also eyeballing adding a foundation and looked for untapped categories. “We focus so much on the face, maybe we need products for the body. And we’ll still be in color because color never goes out.”
Source: Read Full Article